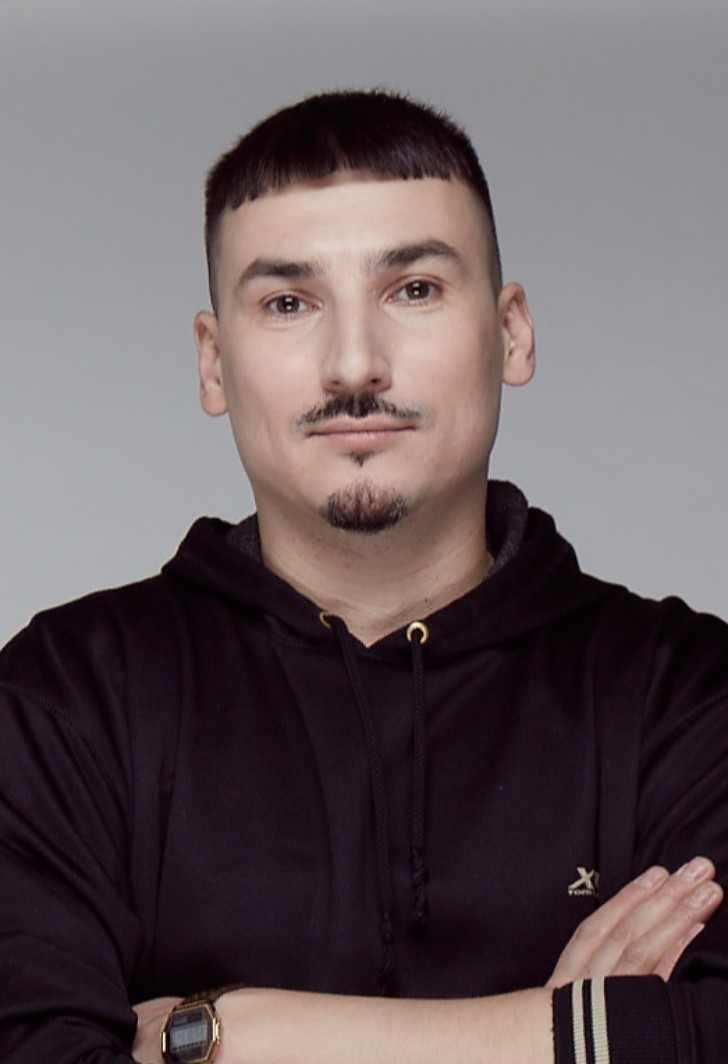 Curator, a specialist in the sphere of social inclusion and public projects.

He was born in 1982 in Yaroslavl, graduated from the Department of Russian Philology and Culture of Yaroslavl State Pedagogical University, where he majored in Cultural Studies.

Since the early 2000s, he has been organizing and coordinating a number of independent public initiatives in Yaroslavl and Moscow.

Worked as a curator of special projects of the Moscow City Library Center.

He is the Curator of Exhibition Projects and Head of the Department of Urban Integration Programs at V-A-C Foundation.

Laureate of Innovation–2020, the State Prize in the sphere of Modern Art in the nomination for the Curator of the Year.