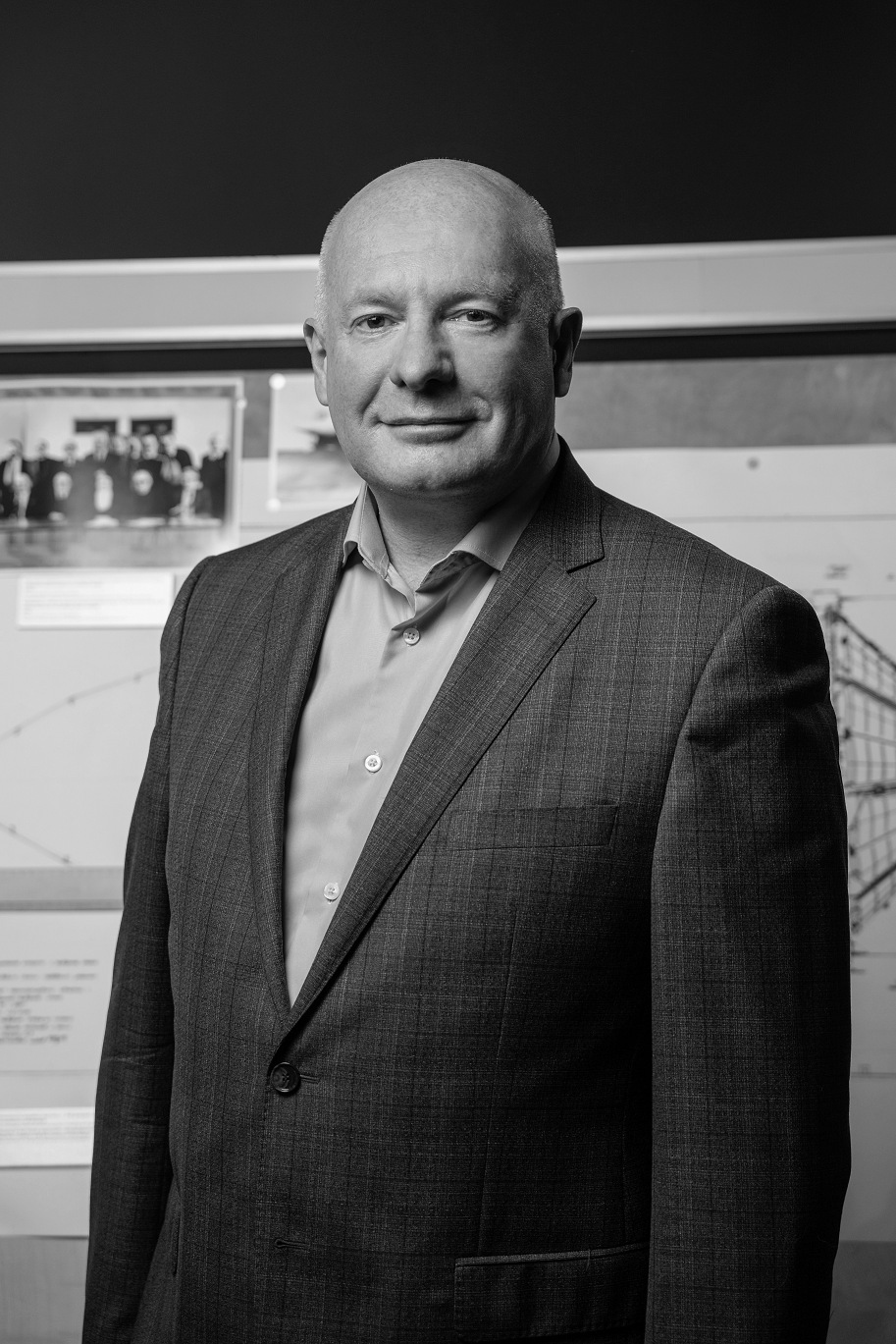 Ph.D. in Pedagogy, Historian. Author of fiction on the history of cosmonautics: Gagarin. An Amazing Story of the First Flight, the encyclopedia for children Forward, to the Space; author of works on Museum Studies, Museum Pedagogy and Legal Consciousness.

He is a Professor of the Department of Theory and History of Law and State in the Russian New University (RosNOU). The Museum of Cosmonautics is one of the largest scientific-technical museums in Russia. The history of the museum dates back to 1964 when the Space Conquerors Monument appeared on Moscow's map. Nowadays, the Museum of Cosmonautics is among the most iconic museums of the Department of Culture of Moscow's City. In 2020, the Museum of Cosmonautics has won Grand Prix at the Intermuseum International Festival. The modern exposition comprises eight exhibition halls. The collection consists of over 99,000 items: samples of rocket and space equipment, material relics, documents, stamp collections, numismatics, items of arts and crafts, collections of paintings and graphics. Stories of space conquerors are also presented here. Famous Belka and Strelka, actual descent vehicles of the Soyuz Spacecraft, a mockup of the first artificial Earth satellite, the original control panel of the lunar rover, a full-scale mockup of the Mir Station's base block, the OrganAut bio-printer used for experiments at the ISS, and other space artifacts are among them.

Role of Science Communicators in Museum and Culture