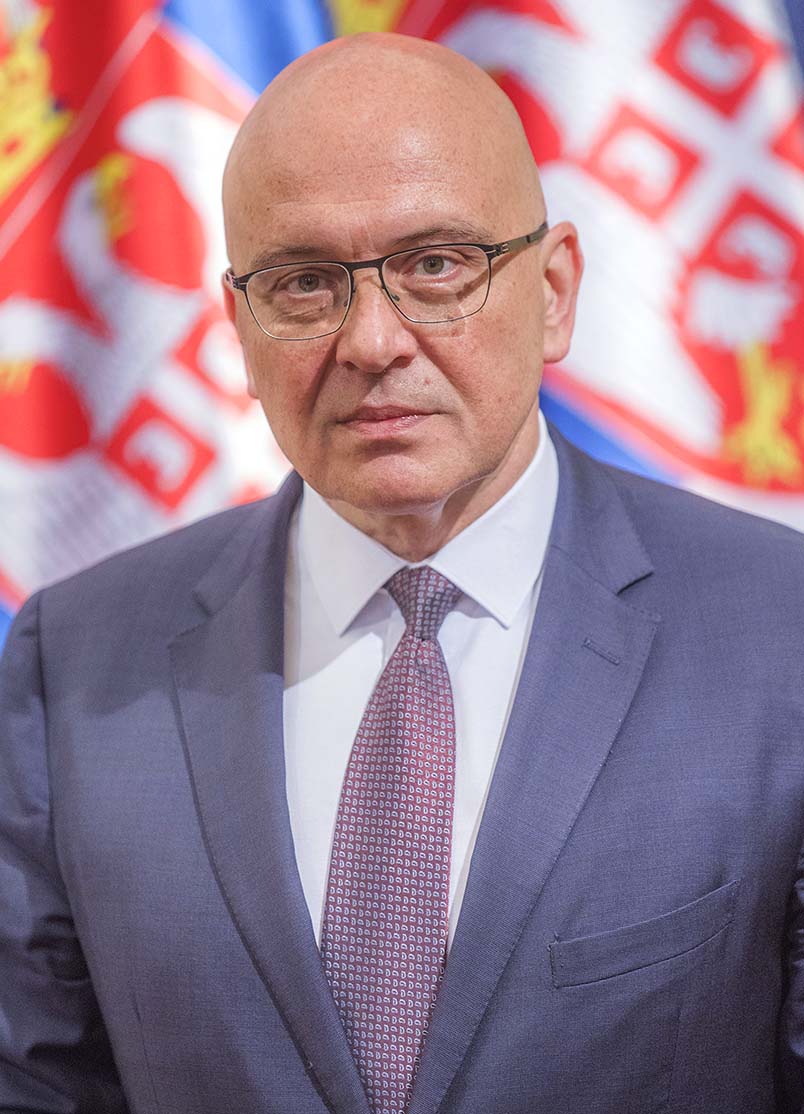 Born in 1962 in Belgrade. He graduated from the Faculty of Law in Belgrade. He had several study visits in France and Germany. He took a graduate specialization course at the Law School themed international treaties.

After graduation, he worked in foreign trade, in the Belgrade company "Universal". He was the director and owner of a company for real estate and the provision of legal services.

Since 2002 to 2013 – CEO and co-owner of the company for public relations "Logos Public Relations".

Since December 2013 to August 2016 – Secretary for Culture of the City of Belgrade.
Since August 2016 – Minister of Culture and Media

Since 2004 he is a member of the Privy Council of the Karadjordjevic family, and was also Vice President of the Board of Directors of the Foundation Milos Crnjanski.

He was appointed Minister of Culture and Media following his successful mandate as the Secretary for Culture of the City of Belgrade and has won different recognitions for his contribution to the development of culture of the Republic of Serbia, including the Royal Order of the White Eagle. He wrote texts for "Pravnik", "Književna reč" and "NIN". He was the initiator of the petition for the founding of the Museum of victims of genocide against the Serbian people in the 20th century.

He speaks English and French.