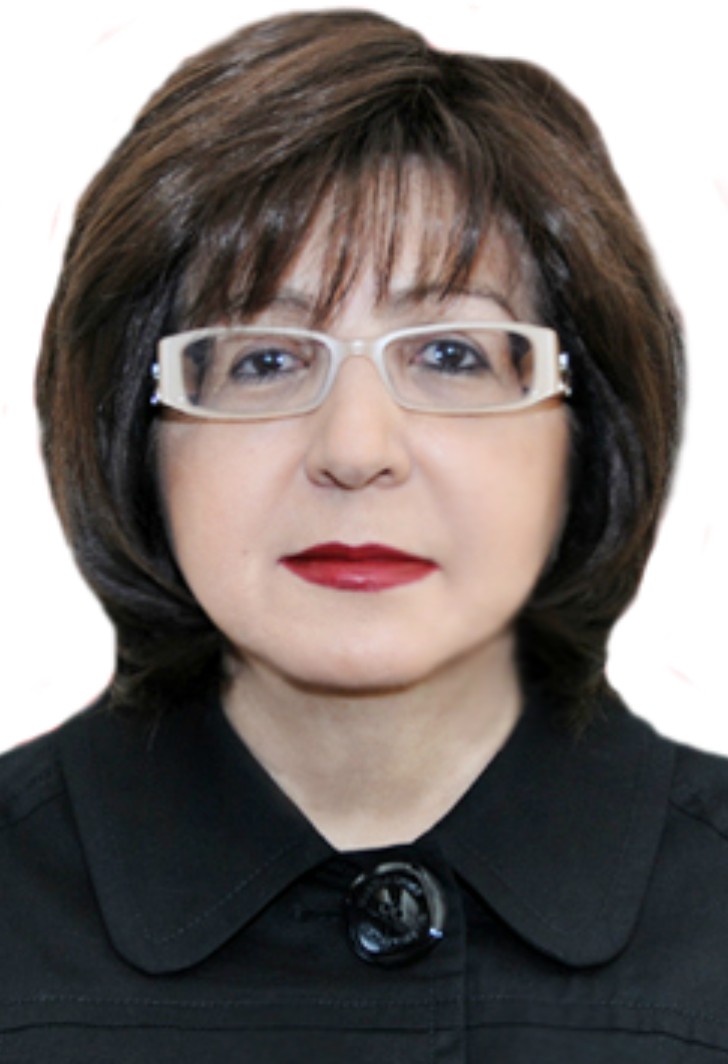 Deputy Minister of Culture of the Republic of Azerbaijan.
Azerbaijan

In 1983 started teaching at the Azerbaijan University of Architecture and Construction, and progressed from the rank of Associate Professor to full Professor and Chairwoman of the Department.

In 2001 was elected corresponding member of the National Academy of Sciences of Azerbaijan in Philosophy.

During the presidential elections of 1998 served as official representative of the National Leader of Azerbaijan Geydar Aliyev.

Since 1999 she has served as Deputy Minister of Culture of the Republic of Azerbaijan.

In 2013 was elected co-chair, VIII Session of the Intergovernmental Committee for Immaterial Cultural Heritage, and in 2015 was elected Deputy Chairwoman of the 12th Conference of the ICESCO Executive Committee. By Order of the President of The Republic of Azerbaijan dated July 24, 2015 was elected member of the Organizing Committee of the 7th Global Forum of the UN Alliance of Civilizations.

Represented Azerbaijan at more than 100 international symposia, forums, and conferences held in Azerbaijan and foreign countries, including headquarters of the UN, UNESCO, ISESCO, Türksoy, CIS, GUAM and the Council of Europe. Participates in the work of science forums, symposia, conferences at the national and international level in the sphere of social philosophy and cultural studies.

Authored more than 120 papers, including 9 books. Recent publications included the following titles: "Cultural Policy in Azerbaijan", "Culture in the Era of Globalization", "Culture and Human Beings", "Culture and Sustainable Development: From an Idea to Reality".

Member of the Intergovernmental Commission of Azerbaijan with France, Czech Republic, Italy, Greece, Hungary, Latvia, Poland, Iraq, as well as with Dagestan and Saint Petersburg (Russia).

S. Mamedalieva oversaw the development of 12 files that have been included in the UNESCO Representative List of Immaterial Cultural Heritage.

In 2008 was made Officer of the Order of Merit in Art and Literature of the French Republic.

In 2013 was awarded the Order of Glory of the Italian Republic for her contribution for developing cultural ties.

In 2015 she was awarded the Cross of the Austrian Republic in the sphere of arts and sciences.

In 2016 she received Order of Service to the Motherland 3rd Class of the Republic of Azerbaijan.

In 2019 she received Order of Service to the Motherland 2nd Class of the Republic of Azerbaijan.