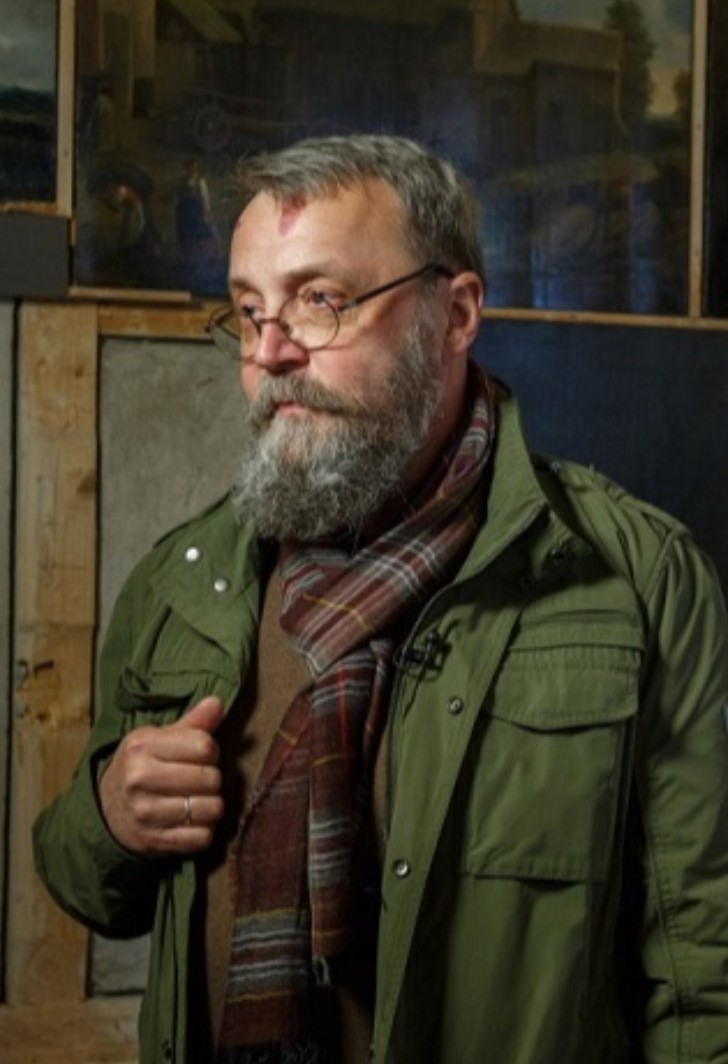 A member of the initiative group of the Project for Restoration of Benois Cottages in Peterhof.

Sergei Pavlov was born in 1957. In 1982, he received an artist’s diploma in furniture and equipment design at the Faculty of Interior and Equipment of the V. I. Mukhina Leningrad Higher School of Art and Design. He mastered the basics of restoration through practice at the State Hermitage Museum and the Pavlovsk State Museum-Reserve.

From 1984 to the present, he has authored and participated in numerous architectural projects, museum exhibits and restoration projects, including the restoration and adaptation project of the Peterhof Imperial Stables complex designed by N. L. Benois. The project was implemented using modern research methods combined with classical ones. In particular, for the first time at an Object of Cultural Heritage, a method was used to detect the biological infestation of wooden structures by gene sequencing at the laboratory of the Institute of Agricultural Microbiology of the RAAS. From June 2012 to the present, he has been the Chief Architect of the Peterhof State Museum-Reserve. He created a working architectural and restoration workshop at the Peterhof State Museum-Reserve, which received a license for design and restoration works of the Ministry of Culture of the Russian Federation. The workshop solves the problems of preserving objects of architectural heritage, objects of the Museum Fund of the Russian Federation, park landscapes, objects of engineering infrastructure, and is developing projects to adapt monuments to a new function. The work involves innovative methods of exposition design, which allowed to create the unique Historical and Cultural Project "The Court Entertainments" in one of the Cavalier houses on Pravlenskaya Street in Peterhof.

Since 2013, S. A. Pavlov has been a member of the State Examination Commission at the Department of Architectural Restoration of the St. Petersburg State University of Architecture and Civil Engineering and at the St. Petersburg State University under the Environmental Design program. He is a scientific supervisor of graduate projects of Master's Degree students at the Department of Restoration of the St. Petersburg State University. The author of the course "Preservation of Cultural Heritage as Exemplified by the Work of the Peterhof State Museum-Reserve" at the graduate school of the Saint Petersburg Stieglitz State Academy of Art and Design. A participant in international restoration conferences, such as DENKMAL in 2016 and 2017, as well as the first and second international congress of restorers. One of the organizers of the international conference on stone restoration as part of the Year of Italy in 2015 at the Peterhof State Museum-Reserve.

Active heritage: 225 years of the Benois family in Russia