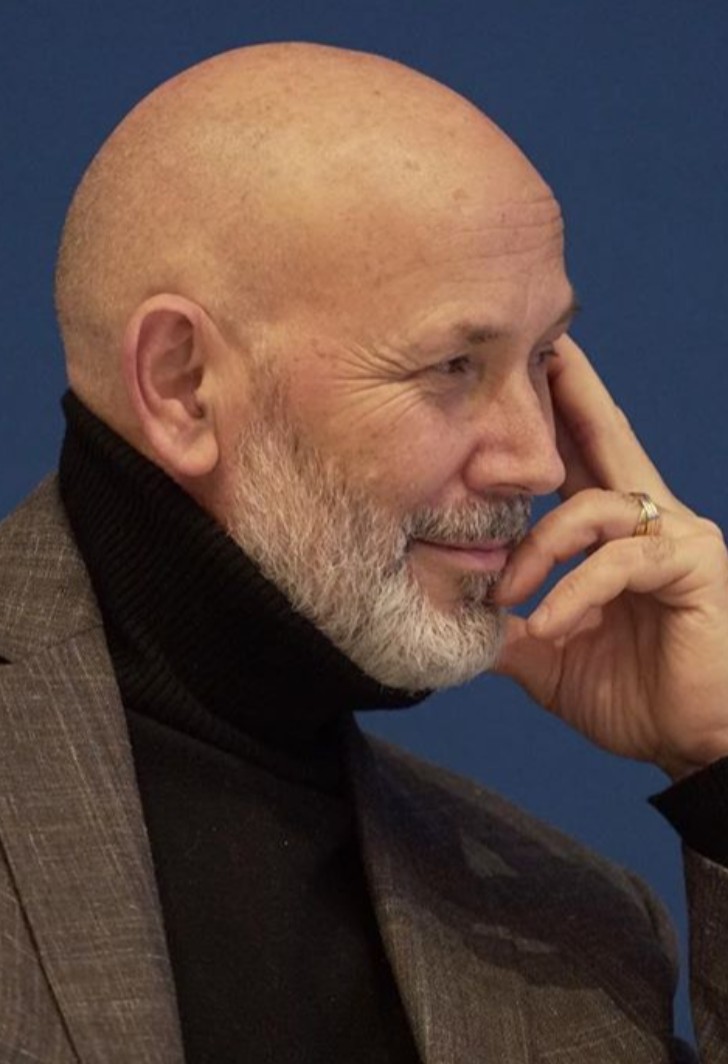 Leading proponent of “Arte Lunga” the Long Art Movement. To advance his ideas about Long Art and to nurture emerging artists, he founded the Studio Romolo Atelier school of art.

“I am dedicated to the idea of rethinking, reimagining and repurposing the sustainable, resilient imagery and methodology from the ancient past to speak to the present. The era of 20th Century fast, momentary, disposable ‘now’ art & culture does not respond to the needs of a shrinking planet. I am focused on creating enduring, sustainable, ‘long art’ for the new millennium.”

After completing his academic education with high honors at Harvard Univeristy and at the Academy of Fine Arts in Florence, Romolo Del Deo has pursued a distinguished career as an artist and master sculptor, with studios in Pietrasanta, Italy and Provincetown, USA.

The artwork of Romolo Del Deo is exhibited in public monuments, museums and galleries internationally and he has received major awards and prizes, including the New York Foundation for the Arts USA, The Henry Moore Foundation UK, INHA Grant France, The Florence Biennale De Medici Gold Medal, Italy and the David McCord Prize for Creativity USA.

Most recently, Romolo Del Deo’s sculpture was selected to represent 21st Century Art of the United States at the 2017 G7 of Art in Italy and the Honoree Exhibitor at the 2017 Florence Biennale. In addition to his artwork, his teaching methods have received the Harvard-Danforth Award for Excellence in Education and the President's Award for Contributions to the Arts at Harvard University.

Art on the Edge: On Money, Technology and Creativity