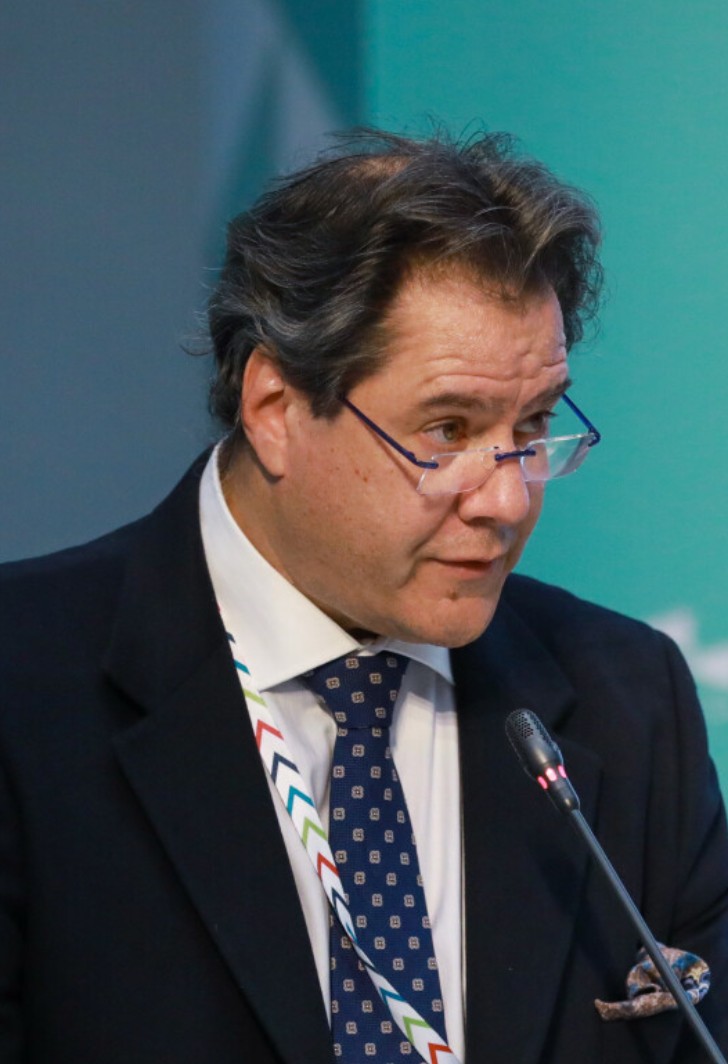 Speaker
The present Director of Santa Cecilia Conservatory of Music in Rome.
Italy

He graduated in Piano and in Art, Music and Performing Arts. He studied Harpsichord, Analysis and Composition. Before devoting himself to teaching and musicology, Giuliani was active as a harpsichordist and pianist, both as a soloist and in chamber ensembles. In this role and as a conductor he premiered a variety of works. Giuliani started teaching at the Italian State Conservatories in 1987, and since 1992 he has been senior Professor of Music History, and of Music and Mass Media at the Santa Cecilia Conservatory. From 2004 to 2010, he served two terms on the Academic Council of the Conservatory. Giuliani also participated in the final report of the European Platform of Artistic Research in Music (AEC). Concurrently, from 1990 to 2013, Giuliani was adjunct Professor of Musicology at the Universities of Lecce, Macerata, Naples, Parma and Rome with regard to: History of Theory and Composition, History of Contemporary Music, Musical Discography and Videography, Multimedia, Music and New Media. Giuliani has collaborated with the most important italian and european Musical Foundation and Theatre (European Union, Mozarteum in Salzburg, European Center of Ravello, ICON — Italian Culture On Net, Accademia Nazionale di Santa Cecilia, Teatro La Scala in Milan, Teatro dell’Opera in Rome, Scelsi Foundation of Rome, Cini Foundation of Venice, BMG-Ricordi, etc). For some time, Giuliani worked for RAI-Radiotre, running Pomeriggio musicale and Ninety years of Italian Music, collaborating with RAI-Educational, RAI-Teche, etc., as well as leading research groups. For his ongoing commitment to the role of music in culture, he has often been consulted by the Cultural Committee of the House and Senate as an expert and as a representative of both the Conservatories and Universities, regarding legislative projects related to musical education, to performance activities, and to italian cultural heritage. After a nationwide selection, in 2014 he was included in the Registry of Expert Evaluators of ANVUR — the National Agency for the Evaluation of Research and University System, in the area of Music. Currently he is a member of the International Scientific Committee for the project Music in 20th-century Italy and board member of Le fonti musicali in Italia. He has also been scientific adviser to the Central Institute for Sound and Audiovisual Heritage (Discoteca di Stato), member of the Council for the Performing Arts of the Heritage and Cultural Activities and Tourism Ministry, member of the Governing Council of the Italian Society of Musicology and of the National Branch of International Association of Sound Archives (IASA), etc. Relationships between music and mass media are Giuliani’s principal areas of investigation, with a focus on disc, radio and television music, regarding performance practice, conservation and cultural heritage legislation, diffusion of music in various school degrees and social environments. He has lectured widely and given courses in international institutions, theaters, foundations, academies, concert associations, Italian and foreign universities, museums, etc. For BMG-Ricordi, Giuliani published a monograph on Salvatore Sciarrino and for Guerini Publishing (Milan), the book, "Music in films and television", presented in the Sala accademica of the Santa Cecilia Conservatory by Ennio Morricone, Franco Piersanti and Roman Vlad.

Prospects of Development of Professional Education in Arts. Part I