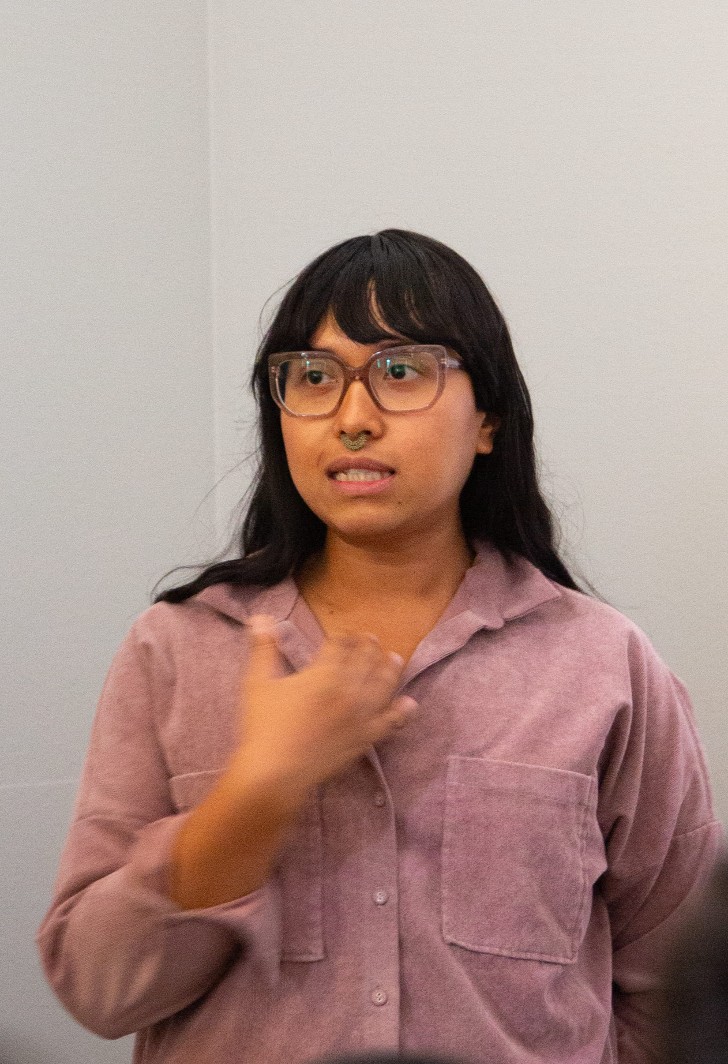 She has worked as a curator and mediator for education and visitor relations at the Museum of Ethnography, Hamburg (MARKK) since April 2021. She is in charge of a number of the museum exhibition and educational projects, such as "Is it Datura?" and "Protest!"

Already during her graduate studies at the Zurich University of the Arts, Rilando June Lamadjido gained the experience in various curatorial work and managed to participate in different international student projects.

Her own curatorial and educational projects were presented over the past two years at the Design Museum in Zurich. Among other things, she was the co-curator of the UNLABLE — Fashion Beyond Categories exhibition. In the same museum, for the exhibition Genesis Sebastiano Salgado, Rilando June Lamadjido developed her own educational program for adolescents called Perspective Beyond the Camera, which in the plain language teaches the postcolonial theory elements to the young public. Rilando June Lamadjido sees the goal of her curatorial and educational activities in decolonization of the state institutions.