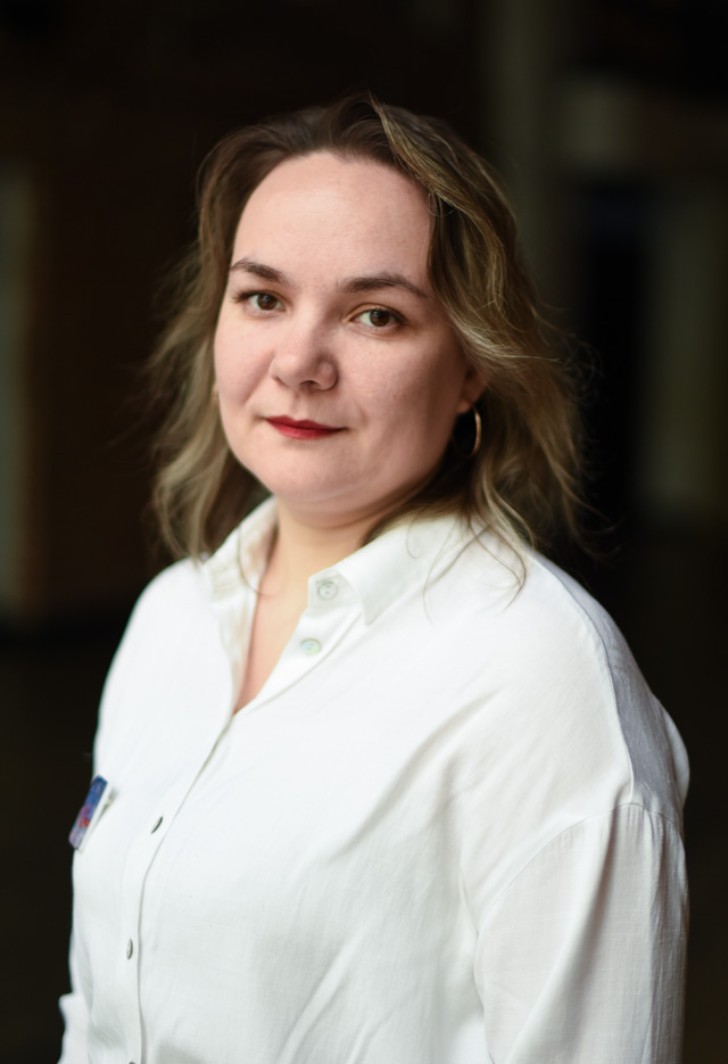 Since 2015, Oksana has worked as a Deputy Director for Development of Municipal Autonomous Cultural Institution Yekaterinburg History Museum and a curator and so-curator of multiple city campaigns, events, and festivals.

She was born in 1980 in Sverdlovsk (now Yekaterinburg). She graduated from Gymnasium № 155 in 1997 and obtained a degree at the Faculty of Art History and Cultural Studies in the Ural State University named after A.M. Gorky (now UrFU) in 2002.

In 2007, she started working in Yekaterinburg History Museum.

Since 2016 — a curator of History Fest, an educational project aimed at increasing interest in historical studies through entertainment.

Since 2016 — a so-curator of the inclusive exhibition project City by Touch.

2017 — a so-curator of Mega Weekend, a project aimed at the development of family leisure.

2018 — a so-curator of the CityPass project that was supported by the Yekaterinburg authorities.

In 2016, she won the V. N. Tatishchev and G. V. de Gennin Prize for Merits in Education, Culture, and Arts.

The award was granted for the implementation of the 10th All-City Multicultural Interdisciplinary Project "Night of Museums 2016" in Yekaterinburg by Oksana Mokeeva and her team of contributors.