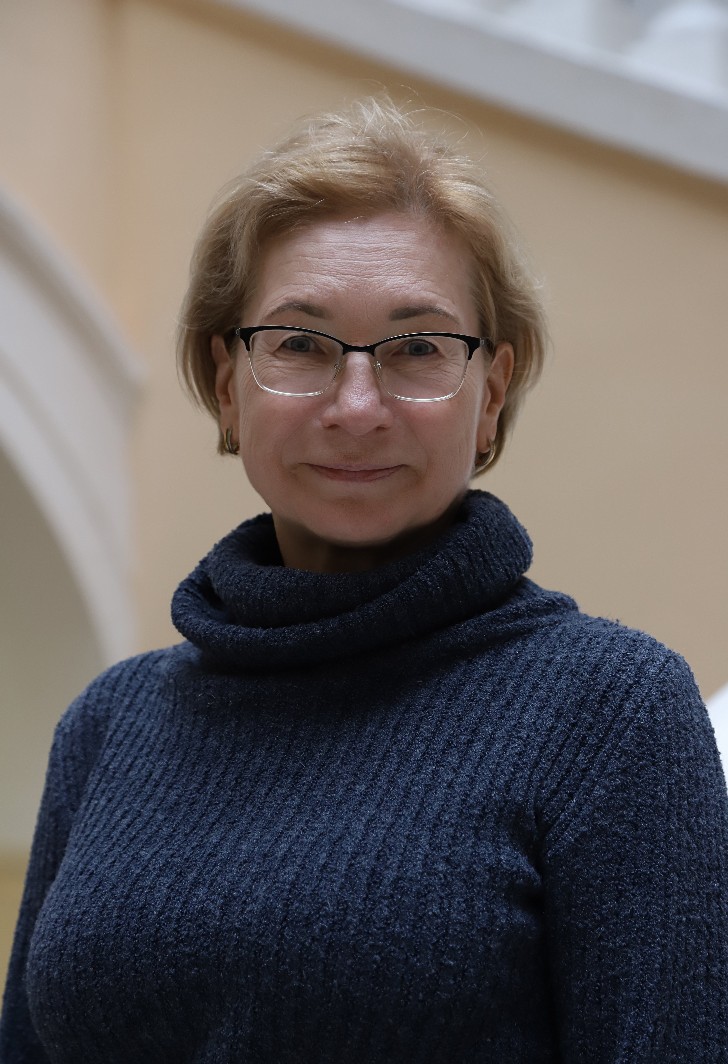 Author of two dozen books and four dozen academic papers on the issues of strategic communications and creative strategies; history and philosophy of advertizing, technologies of humanitarian communications design, special features of communication in the social field.

In 1986, she graduated from the Philological Faculty of the Tyumen State University. In September of the same year, she was admitted as an assistant to the Department of Russian and Soviet Literature of the Tyumen State University. From 1990 – post-graduate student at the Faculty of Journalism, Lomonosov Moscow State University, at the newly established Advertizing and Economic Journalism Department. Her work was supervised by the legendary professor Victoria Uchenova, creator of the Russian academic school of journalism. During her post-graduate course, she published the first in the post-Soviet space Russian book on advertizing jointly with her research supervisor – How Was Advertizing Born? (1992)

Since 1994, her academic career advanced at various Russian higher educational establishments. The range of presented courses is from applied and pragmatically-focused “Communications Management”, “Advertizing Campaign Budget” to culturological, based on humanitarian sciences “History of Advertizing”, “Philosophy of Advertizing”. As a result it became possible to remove the irreconcilable confrontation between pragmatism of the American strategic communications school and humanitarian approach to research of mass communications typical for Russian schools.