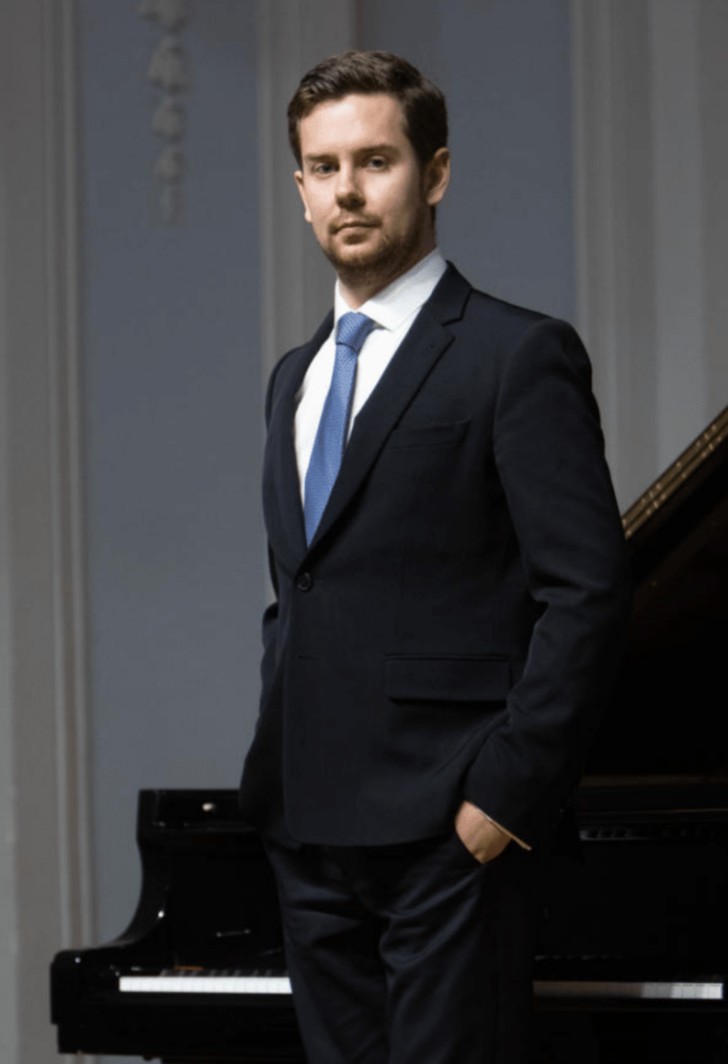 One of the most famous young pianists in Germany, laureate of the international competitions. He conducts an active concert activity as a soloist and ensemble player, regularly performing in Germany and abroad.

He performs in the major concert halls such as the Berlin Philharmonic, Berlin Concerthaus, Mariinsky Theater, central concert halls in Moscow, Basel, Munich, Frankfurt, Baku, Shanghai, Beijing and others. He has participated in the famous classical music festivals: Stars of the White Nights in Petersburg, Moscow Easter Festival, MPHIL 360 Degrees Festival in Munich, Beethoven Festival in Bonn, Music Days in Kassel and many others. He collaborated with renowned conductors such as Gerd Albrecht, Michael Sanderling, Lothar Zagrozek, Valery Gergiev, Dmitry Liss. Has played with the Berlin Konzerthaus Orchestra, the Basel Symphony Orchestra, the German Youth Philharmonic Orchestra, the St. Petersburg Symphony Orchestra, the Ural Academic Philharmonic Orchestra.

Nikolaus Rexroth was born 1991 in Frankfurt am Main. He studied piano at the Hanns Eisler Musikhochschule and at the University of Arts in Berlin. Later he improved his skills under the guidance of such famous musicians as Ferenc Rados, Alexander Malter, Heinrich Schiff and Dmitri Bashkirov. Currently, he is finishing his studies in Musicology at the Ludwig-Maximilians University in Munich.

Besides his active piano career as a soloist and chamber musician, he founded the Russian-German music academy under the artistic direction of Valery Gergiev in 2013. Nikolaus is head of artistic management of the cultural company RCCR Projects in Berlin and plays an important role in the field of international cultural exchange.

In this position, he regularly organizes big orchestra, chamber music academies and workshops for some of the most prestigious festivals and concert organizations in the world, orchestra tours, new format festivals and is the artistic director of the "Camera Obscura" Festival in Tbilisi.

In 2019 Nikolaus assisted Valery Gergiev for the new production of "Tannhäuser" at the Bayreuther Festspiele.

In 2020, during the pandemic, he successfully implemented as a producer the large online project dedicated to "The 75th Anniversary of the End of the War", which gained more than 5 million views. The project was recognized as the winner of the All-Russian Culture Online 2020 award in the main category "Best Online Project".

Production and Development of Young Talents