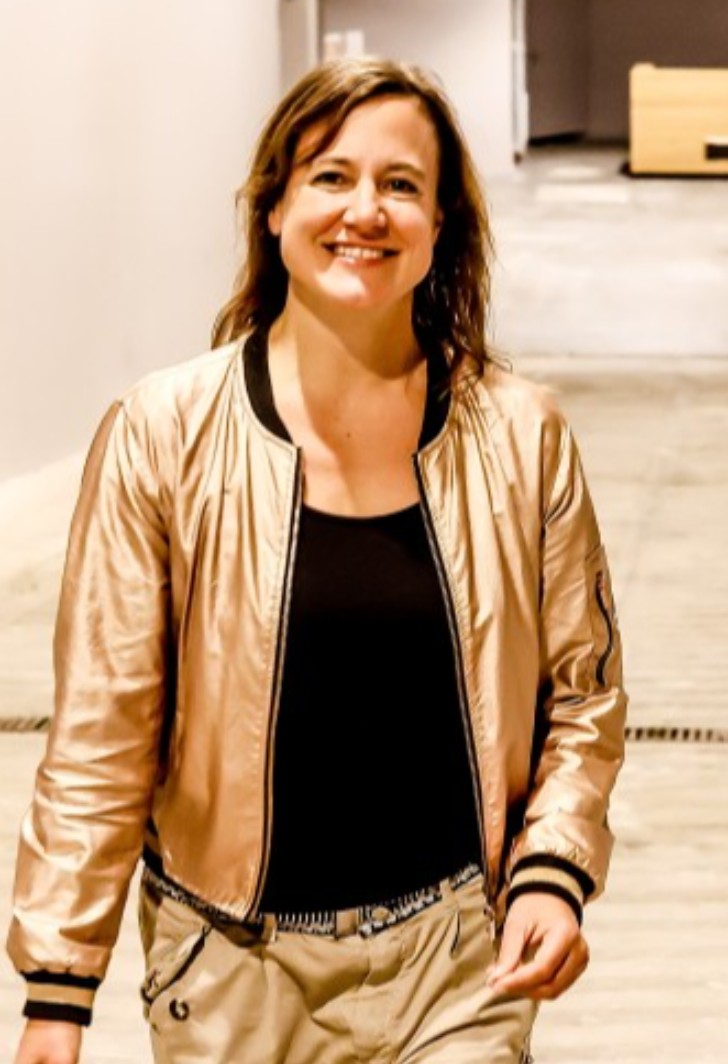 Born in 1977, studied European studies and music in Paris, Amsterdam and Berlin. For 15 years she has been active as a curator, dramaturg and project director in various contexts in the cultural arena and has left her mark on van Vlaanderen festival programmes in Brussels and, following that, the jazz cultural landscape in the Ruhr district in particular.

She worked at the Ruhrtriennale and in the team of Ruhr.2010, European Capital of Culture, for which she curated "No blah-blah!", an international jazz programme with 60 projects in more than 20 cities. For nine years (2007–2016), Nadin Deventer directed the "jazzwerkruhr", a regional network and festival that she successively developed further with innovative projects such as "jazzplayseurope" into an international artists' workshop and coproduction cell. In 2011, she carried out the award-winning 24-hours-run "What's in the fridge?", a bi-national cooperation project within the framework of the "Jazztopad Festival" in Wroclaw. As artistic director, she created in 2013 the third edition of "festival n.a.t.u.r. — natürliche ästhetik trifft urbanen raum", a platform situated between art, culture, actionism, urbanity and ecology with 171 events during 12 festival days. From 2012 to 2018 she was appointed to the board of the "europe jazz network". She worked as the head of organisation for the Berliner Festspiele's directorship and was from 2015 to 2017 responsible for the Jazzfest Berlin and from 2014 to 2017 as well for artistic projects initiated by the Berliner Festspiele. Since 2018 she is artistic director of Jazzfest Berlin.