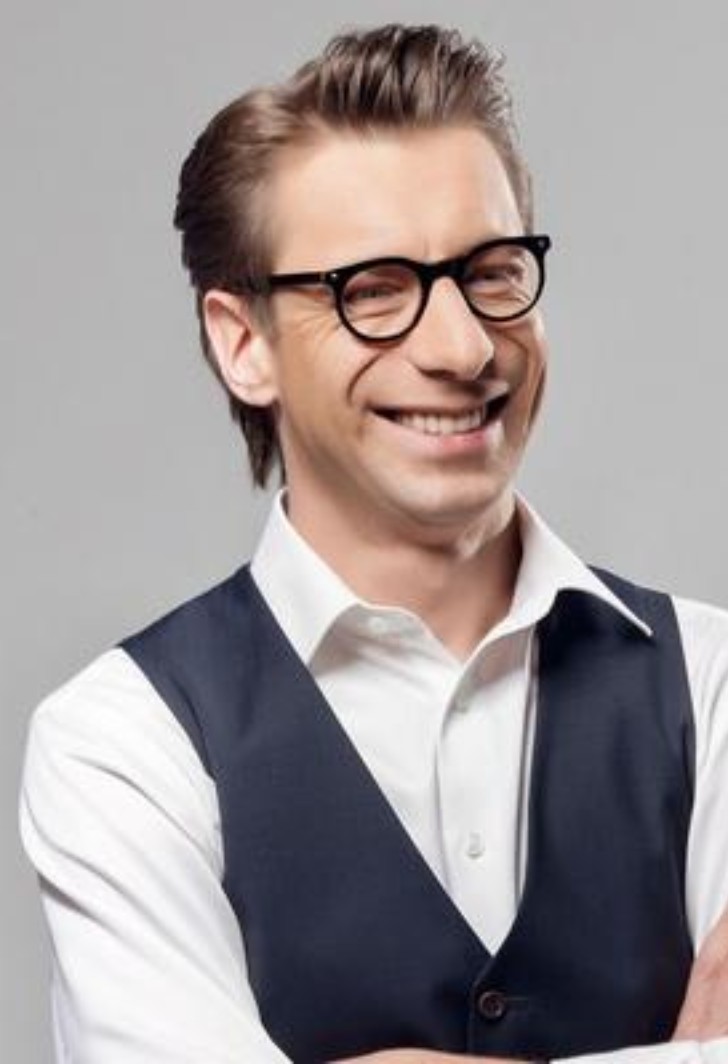 In 1992 he successfully entered the Khabarovsk Institute of Physical Culture at the Faculty of Sports Management and the Khabarovsk Medical Institute. "Candidate Master of Sports" in figure skating. In 1996 he entered the Moscow Institute for Advanced Training of Television and Radio Broadcasting Workers, taking television and radio presenters courses. And since 1997, he became a student of the Faculty of Journalism of Moscow State University, worked as a news presenter at Radio Nostalgie. He also hosted news broadcasts on the TV Center TV channel. Since 1999, he has hosted the Vesti and Vesti Moskvy programs on the RTR channel and Live broadcast on the Russia-1 channel.

Public talk with the Deputy Prime Minister of the Russian Federation Olga Golodets “UEFA EURO 2020 in Saint Petersburg. One continent — one culture: key aspects of the football tournament cultural program”