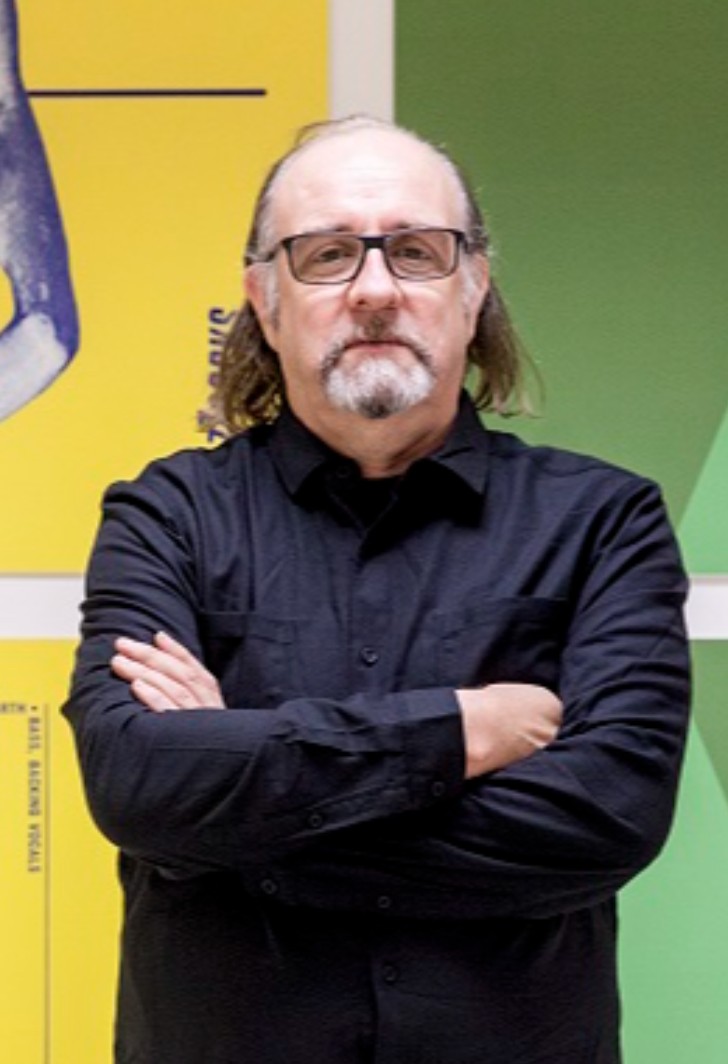 Malcolm Garrett has enjoyed a career in graphic and communications design that spans four decades. At art school in Manchester in 1977 he founded the graphic design group Assorted iMaGes, and later in 1994 the pioneering digital agency, AMX. He has continued to produce innovative design, both virtual and real world, for artists, musicians, businesses large and small, government bodies, community groups and civic organizations.

He created landmark designs for numerous bands including Buzzcocks, Duran Duran, Boy George and Simple Minds. In 1983 he teamed up with with Kasper de Graaf, the former editor of arts and culture magazine New Sounds New Styles, who remains his creative partner to this day. In 1994 alongside Assorted iMaGes, they launched the pioneering digital agency, AMX, embracing the potential of the developing new media on disc, i-TV and online, alongside conventional film, TV and publishing platforms. Together they developed a walking map for London (Legible London), an information system for the UK Border and introduced new route mapping for Dublin Bus company. They work with civic organisations to deliver community projects, including celebrations around the 150th Anniversary of London's Finsbury Park in 2019.

Malcolm is a founder and joint Artistic Director of the annual Design Manchester festival.

Malcolm is a collector of cultural artefacts which influenced him growing up int he 1960s and 1970s and curates a large collection of science fiction, space exploration and counter-cultural memorabilia and media.

As well as gathering a number of Visiting Professorships and Honorary Doctorates from UK universities, Malcolm was nominated for the "Prince Philip Designers Prize" in 1998 for "outstanding achievement in design for business and society" and in 2000, he became the first Royal Designer for Industry in what was then still called "new media". He represents the Royal Designers on the Committee for the Sir Misha Black Awards, the only awards anywhere in the world which reward excellence and innovation in design education.

Malcolm was one of the first 10 designers to be inducted into the Design Week Hall of Fame in 2015, and in 2017 he was nominated as one of Creative Review's 50 Creative Leaders.