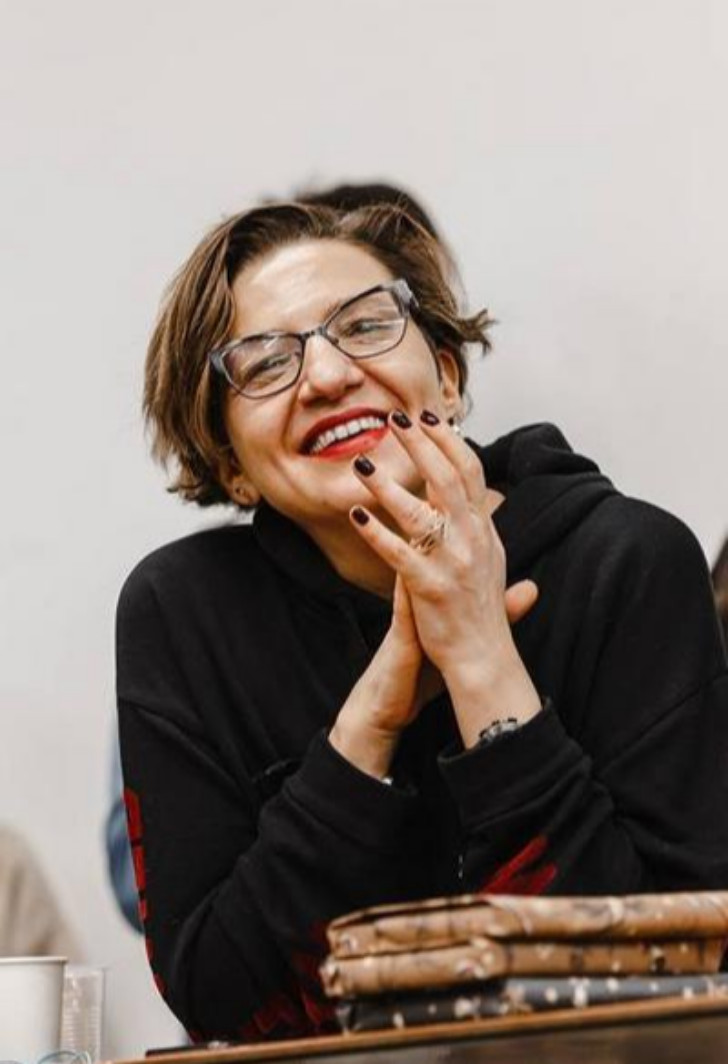 She graduated from the Saint Petersburg Humanitarian University of Trade Unions with a degree in art-marketing. She began her career as a curator in the mid-2000s quickly establishing herself as one of the most active representatives of the Russian art scene. In 2013, she founded the SPARTA Curatorial Agency and SAVINA GALLERY, and in 2014, she entered the Top-100 main people in the Russian art according to The Art Newspaper Russia

In 2016, the SPARTA Curatorial Agency and SAVINA GALLERY launched a new project — Russian Contemporary, which introduced the main trends and directions of contemporary Russian art to the foreign audience. The project is part of a program for integrating contemporary Russian art into the international art market. Since 2017, she has been focusing on curatorial and educational projects. She teaches gallery business at the RMA Business School in Moscow, in 2017–2018 she was the curator of the educational program of the Special Project 4 of the Ural Industrial Biennale of Contemporary Art (Tyumen, Russia). In 2017, she founded the Sparta Foundation for Cultural Initiatives. In 2018, the SPARTA Curatorial Agency together with Teodor Currentzis implemented the visual project "Experimental Confirmation of String Theory" as part of the International Diaghilev Festival. Next, she prepared the special project "Artification. Recycle", which became part of the Gamma Festival of Music, Art and New Urban Culture of Gamma and was aimed at drawing attention to environmental issues and the culture of waste disposal in Russia. At the end of 2018, Liza Savina, in collaboration with leading Russian artist Oleg Kulik, presented the OM symphonic media performance raising the issues of tolerance and the internal opposition of man to the laws of civilization.

275 years of Russian porcelain. What's next?

Residences Are Falling Asleep — The City Wakes Up