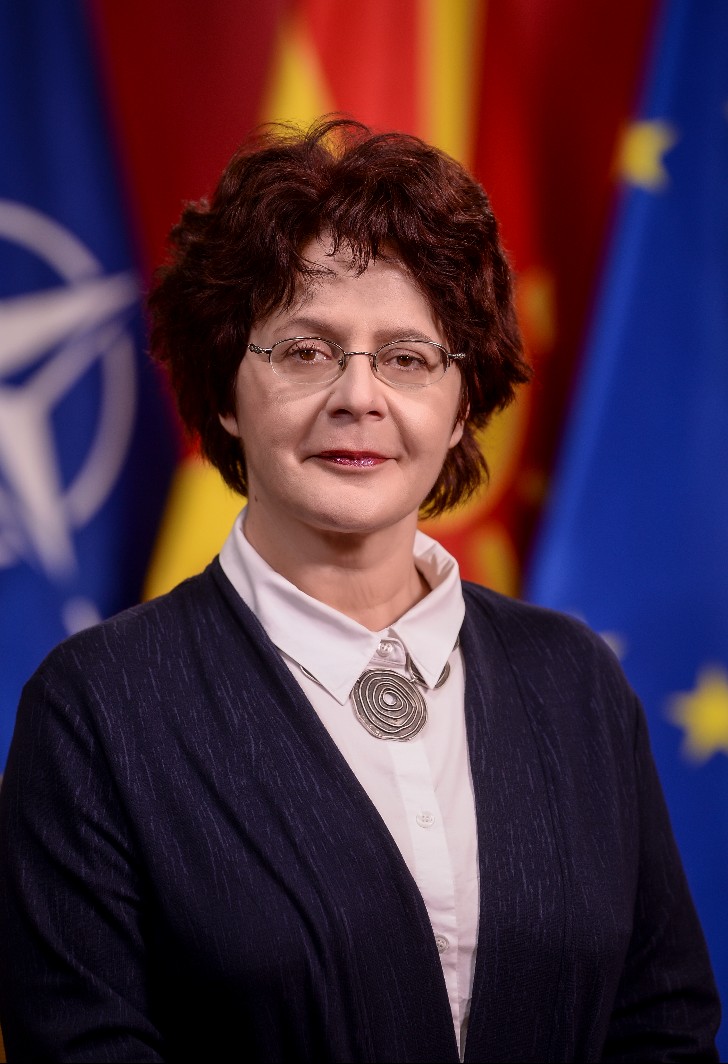 She has won a Fulbright Scholarship as well as a Robert Bosch Stiftung Fellowship in Historical Dialogue and Accountability at Columbia University. She worked as Research Professor at Brown University in the United States (2009–2010). She is an alumna at the Georg Eckart Institute in Braunschweig, Germany, a world-leading institution for researching history, geography, and native language textbooks.

She was a Member of the Parliament of the Republic of North Macedonia (2016–2020), where she chaired the Committee on Culture and the Cooperation Group with the Greek Parliament. Before assuming the post of Minister of Culture (august 2000), she worked as a full-time Professor at the Institute of National History at the "Ss. Cyril and Methodius University" in Skopje.

She is fluent in Macedonian (mother tongue), English, Greek, Bulgarian, Serbian, Croatian, and has a passive knowledge of French language.