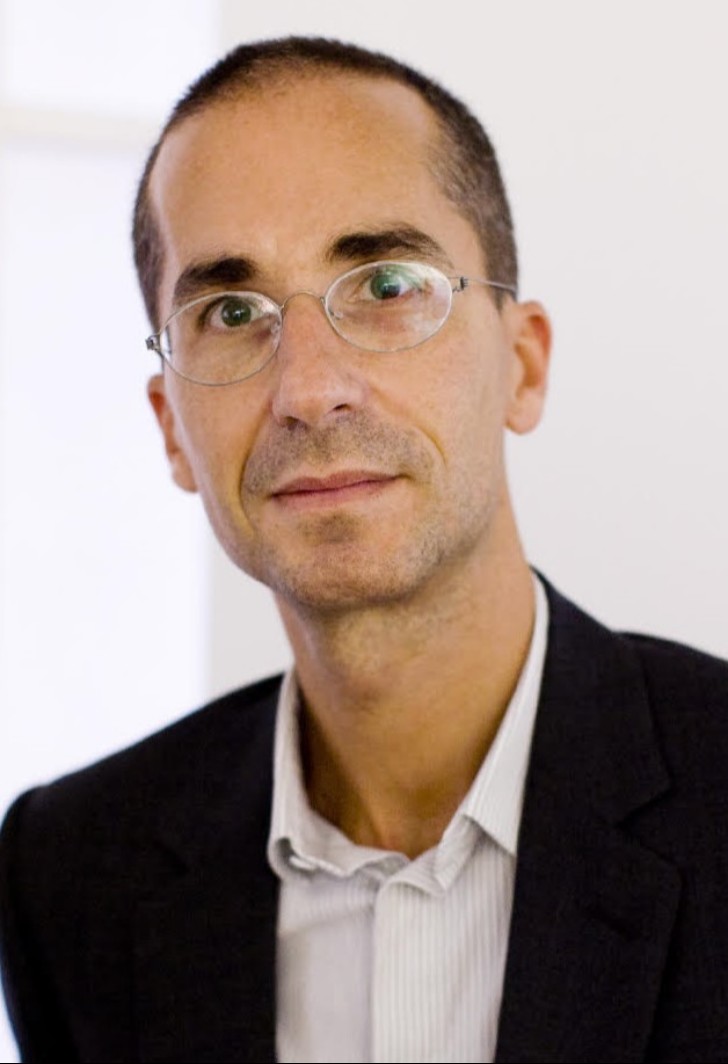 Herve Mikaleoff is the Founder of HM Conseils since 2010. Independent Art Consultant and Curator, Hervé Mikaeloff currently advises and curates for the LVMH group. (Louis Vuitton, Moet Hennessy, Berlutti, Veuve Cliquot…and the Cheval Blanc Hotels) since 2004 and the Louis Vuitton Foundation, which opened in Paris in October 2014.

In 1991 the native Frenchman graduated from l’Ecole du Louvre in Paris and then worked for two years at La Fondation Cartier for Contemporary Art as Assistant Director. He later spent three years developing his career as Deputy Director at the renowned Parisian art gallery Emmanuel Perrotin. His first work as curator began at the Caisse des depots Art Collection. He was in charge of the collection and exhibition program including many shows in France, Portugal, USA, Brazil and Japan and Hong Kong.

From 2010 to 2014, Hervé Mikaeloff was curator of the first exhibition of Contemporary Art from Azerbaijan, which cover 100 works of 21 artists. The exhibition was first present in London and shown in Paris, Berlin, Moscow, Rome Vienna and Baku.

Hervé Mikaeloff was the curator of Azerbaijan Pavilion in Venice in 2013. In 2013 in Paris and 2014 in UCCA in Beijing and at the Musée d’Art Contemporain In Shanghai, Hervé Mikaeloff was the curator of an exhibition: Esprit Dior which show the link of the legendary fashion house with artists from 1950’s to Contemporary Women Artists from all around The world.

More recently, Hervé Mikaeloff curated the Hennessy 250th anniversary project, travelling to Guangzhou, Moscow, New York and Johannesburg and exhibition about Silk Road a series of exhibition, which was show in 7 countries from Turkey to China at the end of 2017. In 2014 and 2015, Hervé Mikaeloff was the Creative Director of l’Officiel Art. He also a contributor of Numero Magazine and a writer for Exhibitions Catalogues such as solo show of Indonesian artist: Eko Negruho at le Musée d’Art Moderne de la Ville de Paris in 2012.

In 2016, Hervé Mikaeloff was the curator of a Retrospective of Hassan Sharif at La Patinoire Royale in Buxelles. In 2017, he organized a solo show: Water Bones by Loris Cecchini at Fondaco dei Tedeischi, a collateral event of the Venice Biennial.

In November 2017, he was the curator of a Retrospective Show of the Swiss Artist: Olivier Mosset at Foundation Nadjar in Dubai with the help of the Embassy of Switzerland in the United Arab Emirates.

In April 2018, Hervé Mikaeloff will be curate the International Bic Collection at 104 Art Center in Paris.

Since 2018, he is a curator of the collection of Garance Primat : Collection Dragonfly. He was the curator of Poussières d’étoiles, a group show exhibition at Le Domaine des Etangs – Massignac and this year co-curator of La Lumière des Mondes on view until mid-December 2019.

Hervé Mikaeloff was a Board Member of the American Center Foundation from 1999 to 2009 and of SAM Art Foundation between 2009 and 2012.

He was Creative Director of l’Officiel Art.

Hervé Mikaeloff did a conversation about the Future of Contemporary with Pr Alain Pompidou published for the book “For the Love of Art: another story of the Pompidou”.