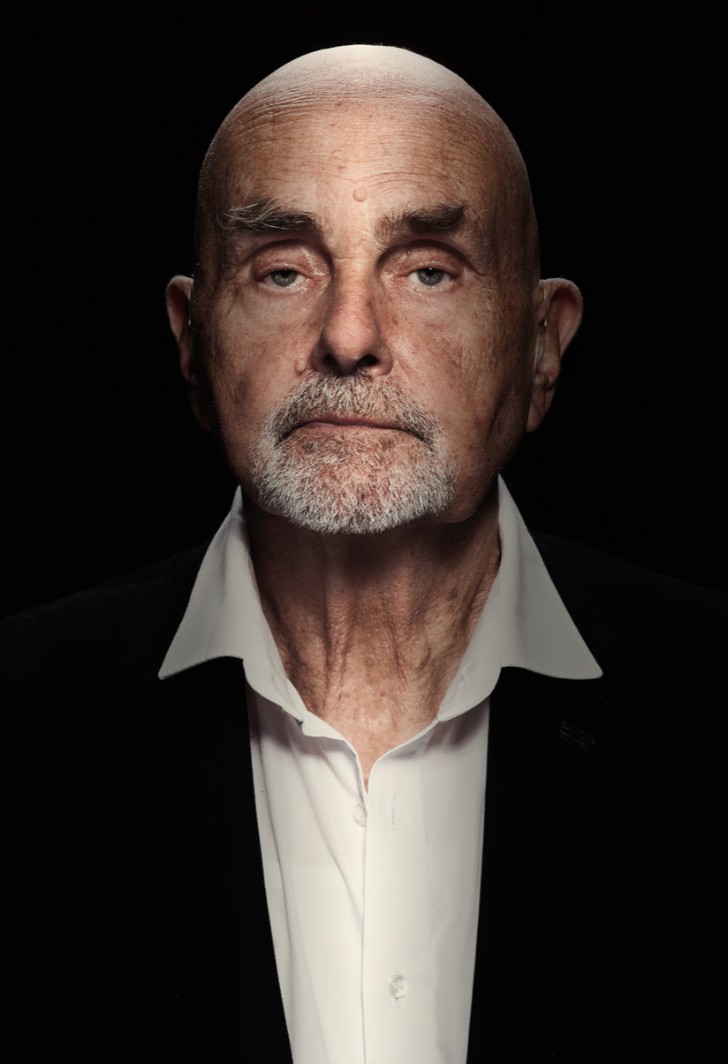 Birth on October 26th, 1934, in Berlin, in the family of the dentist Walter Max Otto Roedelius and his wife Gertrud Martha née Borkenhagen.

During World War II, Hans-Joachim was evacuated with his mother to the central German Weserbergland. After his father died in 1948, he tried to support his family and worked as an unskilled laborer on farms.

He served two years in prison when he attempted to escape to West-Berlin.

After a successful escape, he had worked as a massage therapist.

In 1968, Hans-Joachim got the opportunity to experience student revolts of '68 in France with the members of the music community Human Being, co-founded by himself. Human Being was a commune where independently working Berlin artists of all fields meet regularly: from the independent theatre scene to fine arts and music.

A short while later, Hans-Joachim became a co-founder of the Zodiak Free Arts Lab in Berlin with Conrad Schnitzler. The careers of the now world-famous groups like Tangerine Dream, Ashra Temple, Agitation Free, and artists like Klaus Schulze and Michael Hoenig began at the Zodiak. There Roedeliu and Schnitzler have met Dieter Moebius, with whom they found the group Kluster after the Zodiak's closing in early 1969.

That was a time when Roedelius' career as an autodidact in terms of his musical art began. At first, that was nothing more than a kind of musical actionism, of course, but very slowly developed into what today, due to its singularity, is usually referred to as "Roedeliusmusik" because of this musical language is not easily pigeonholed to one of the historical genres.

In 1971 Schnitzler left the group to start a long-running solo career. Moebius and Roedelius anglicized the band's name to Cluster and worked with Neu! guitarist Michael Rother as the formation Harmonia.

In 1978 he settled with his family in Baden, Austria, where he found a studio with the help of the Vienna Alban Berg Foundation and Professor Dr. Franz Eckert. This led him to countless performances all around the globe, as a member of various musical groups and as a soloist.

Roedelius is an honorary member of the Happy Valley Foundation, founded in the Californian Ojai by Krishnamurti, Aldous Huxley, John Cage, and others.

Hans-Joachim participated in notable projects such as making a sound installation in the Beatrice Wood Center for the Arts in Ojai (USA).

He composed a special piece of music for two sound sculptures by the Parisian design duo Kuntzel+Deygas, entitled Grateful Vanity.

Composed music for films and dance theatre productions, such as the Academy Award-winning documentary Witness to War by the U.S. filmmaker Deborah Shaffer; the documentary Stalin: Red God by the Austro-British director Frederick Baker, which received the Golden Gate Award; the film about Yoko Ono and John Lennon called Imagine Imagine by Frederick Baker; the dance theatre production L'Orso e la Luna designed by the American choreographer Caroline Carlsen for the Teatro e Danza la Fenice; the dance theatre production Borges and I by the British choreographer Esther Linley for the Vienna Festival weeks; the production Utopia of a tired man for the Donaufestival, in which Hans-Joachim also participated as an actor and dancer.

Kluster/Cluster mutated for a third time, this time to Qluster. Dieter Moebius left it. Onnen Bock, former sound engineer at the Berlin Philharmonics, important helper in the background for sound installation artist Christina Kubisch's projects, and a sound artist himself joined for tours and creation four productions.

The Hamburg-based label "Bureau B" reactivates both the Kluster/Cluster- and the Roedelius-solo-back catalog with numerous rereleases.

Future of Electronic Music in the Generation Z Era