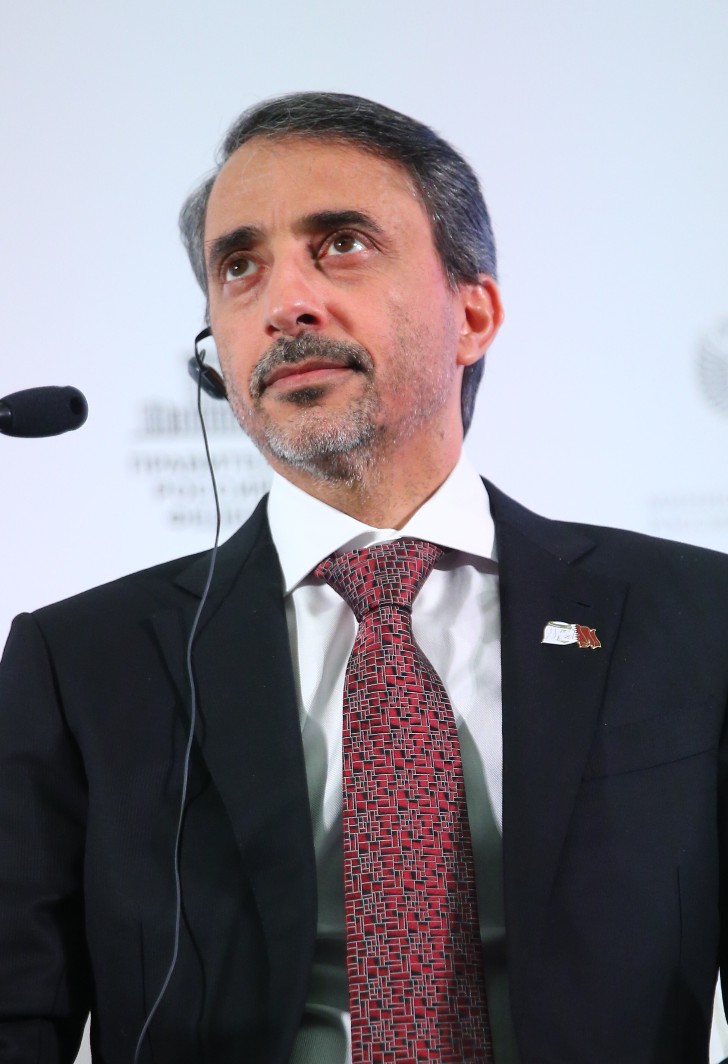 Minister of Culture and Sports.
Qatar

H.E. Salah bin Ghanem bin Nasser Al Ali is Member Board of Directors of Qatar Leader- ship Center (QLC), which is an organization formed in 2008 under the Chairmanship of H.H. Sheikh Tamim Bin Hamad Al Thani, Amir of the State of Qatar. The QLC participates in developing and assisting current and future leaders to reach their full potential and to contribute toward the sustainable development and growth of Qatar positively.

Graduated with a Bachelor degree of Science in Engineering Management at Pacific University Oregon, in the United States, in 1992.

He began his career in the Ministry of Municipality and Agriculture. He was later appointed Vice Chairman of the State Audit Bureau in 1998, where he was eventually promoted to the position of Chairman in 2006. During his tenure, he focused on implementation of the concept of wise governance in all acts related to public funds.

This experience allowed him to train in different areas of public management carrying out important duties for his country. For example, he serves as the Head of the State National Day Celebrations Organizing Committee, which seeks to "promote loyalty, solidarity, unity, and pride in the national identity.”

Noteworthy, was his role when Qatar signed the United Nations Convention against Corruption in 2007. Al Ali was appointed to the Qatar National Committee for Integrity and Transparency (QNCIT) in his capacity as Chairman of the State Audit Bureau-Qatar (ABQ). His public work has been marked by his efforts to improve the efficiency of state institutions and the transparency of their acts.

In 2011 H.E. became both an Adviser in the office of the Heir Apparent at the time , the new Emir of Qatar, H.H. Sheikh Tamim bin Hamad Al Thani, as well as the General Manager of the Sheikh Jassim Bin Mohammed bin Thani social welfare Foundation, which is a private Foundation with public benefit, founded by H.H. Sheikh Hamad Bin Khalifa Al Thani to contribute to ensuring social welfare, to preserve the dignity of Qataris people who are facing financial difficulties and distresses due to special circumstances, and to promote solidarity and social networking.

In 2013, H.E. Salah Al Ali was appointed Minister of the newly created Ministry of Youth and Sports. He focused on the establishment of an institutional and strategic framework to strengthen good governance of the youth and sports sectors and to contribute actively to the achievement of the vision 2030. After the merging of the Ministry of culture, arts and heritage with the Ministry of youth and sports, H.E. Salah bin Ghanem bin Nasser Al Ali was reappointed Minister of Culture and Sports.

He is energetically undertaking the institutional capacities of the new Ministry of Culture and Sports, squarely placing Qatar on the map through the most significant culture, youth and sports agenda in the world, liaising with relevant parties to support Qatar's 2030 Vision, creating more and better spaces for recreation and sport as well as expanding opportunities for the education and development of the young, always mindful of Qatar’s traditions.

Today, apart from his duties as Minister of Culture and Sports, he serves as a member of the board for the Executive Committee for the Organisation of the FIFA World Cup 2022.

Personally involved in motorsports, he follows all the sports activities programmed by his ministry and has participated in many international meetings as a speaker in the field of innovation. An all-rounder he is a prolific creator in various cultural areas such as literature, poetry and recitation.