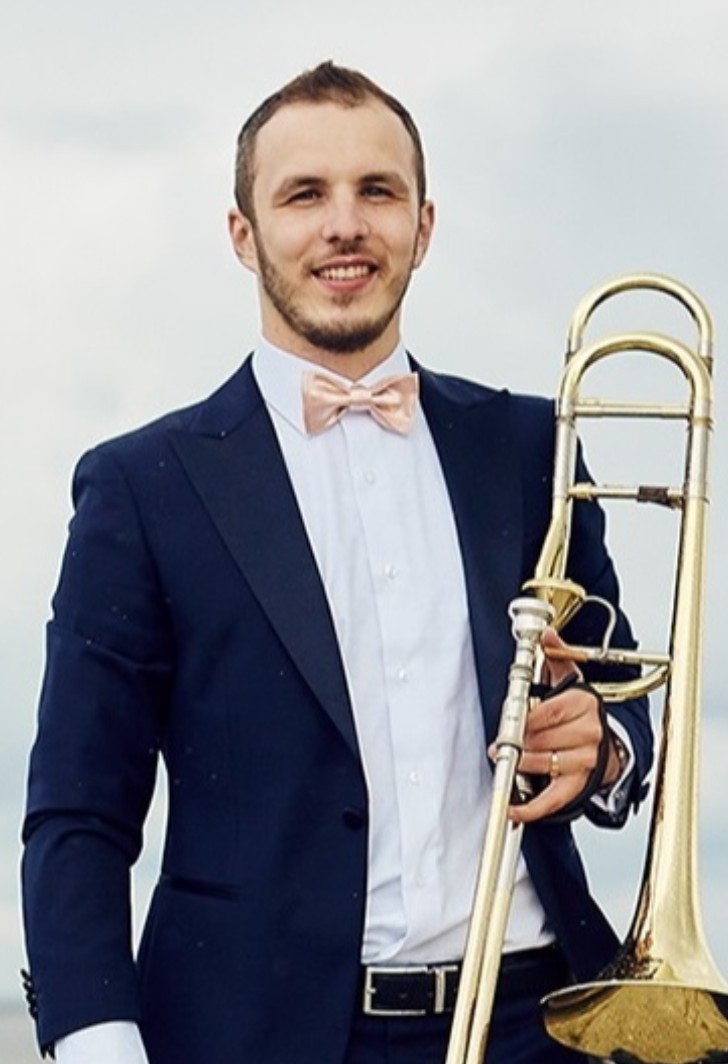 He was born in 1989 in Leningrad. At the age of 10 he started going to the Musical School No. 14 (now Children's School of Arts No. 11) to become a tenor (Viktor Nikiforov's class), but five years later he switched to trombone. In 2006 he entered the Saint Petersburg Mussorgsky College of Music (Kirill Lobikov's class). In 2015 he graduated from the Rimsky-Korsakov Saint Petersburg State Conservatory (class of the People's Artist of Russia Viktor Sumerkin).

In 2018 he started his assistant internship in the Rimsky-Korsakov Saint Petersburg State Conservatory (class of Assistant Professor I. Yu. Yakovlev).

2008 — winner of the All-Russian Competition of Young Brass Players of Yu.A. Bolshiyanov (Krasnodar).

2017 — winner of the 2nd Prize of the 8th Silver Sound International Contest for Woodwinds, Brass and Percussion (Petrozavodsk).

In 2010 he was a solo performer of the trombone group in the ASEAN-Russia International Youth Symphony Orchestra in Denpasar (Indonesia). He has been a soloist of the Olympic Brass Orchestra since the beginning.

He has been an artist of the Saint Petersburg State Capella Orchestra since 2010.

Saint Petersburg Conservatory in the Dialog of Generations: Modern Problems in Performing Arts