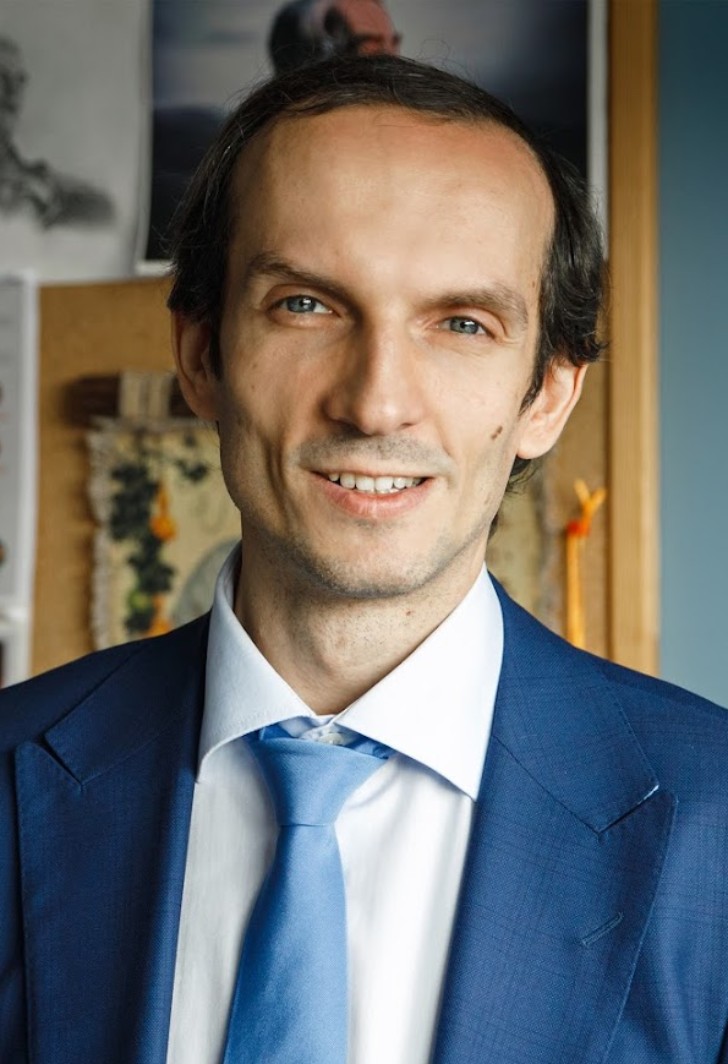 Previously, he was the head of the Airplane studio and has over ten years' experience in animation production. Since 2012, he's been a member of the Board of the Animated Film Association. Candidate of Economic Sciences, Associate Professor of the Department of Production Skills and Head of the Multimedia Production Workshop at VGIK , Dean of the Animation Faculty of the Synergy University.

Graduated with honors from VGIK with a degree in audiovisual production and distribution management. As the Soyuzmultfilm director, he took part in the development of a long-term development strategy for the film studio, which since 2017 is experiencing a new stage in its history. In 2020, the company produced over 1,000 minutes of animation, becoming one of the leaders in the Russian market. With the active participation of Boris Mashkovtsev, the educational direction is developing at the Soyuzmultfilm studio. In 2018/2019, an original educational technology was developed on the basis of the animated series "Prostokvashino", which was successfully tested in preschool educational institutions in Moscow. At the same time, franchises of educational and developmental children's centers "Soyuzmultclub" and multimedia centers "Soyuzmultpark" are developing.

The film studio also participates in the process of improving the quality of professional education in the field of animation production, participating in the development of relevant educational standards. In 2019/2020, screenwriting and directing workshops were organized and held at Soyuzmultfilm, and in 2020 the studio signed an agreement with the Synergy University on the creation of an animation department, with Boris Mashkovtsev appointed as a dean. Now here you can get training in "animation and graphics", "author and commercial animation", get qualifications of "animation and computer graphics artist".

At the same time, the scope of Boris Mashkovtsev's activities includes scaling the format of the animation technopark in the Russian regions. Currently, agreements on the creation of such technoparks have been concluded with the Republic of Bashkortostan, the Kaliningrad Region, the Rostov Region, and the Khabarovsk Territory. Negotiations are underway with a number of regions.

Russian cinema in the global world. Problems and issues of international cooperation