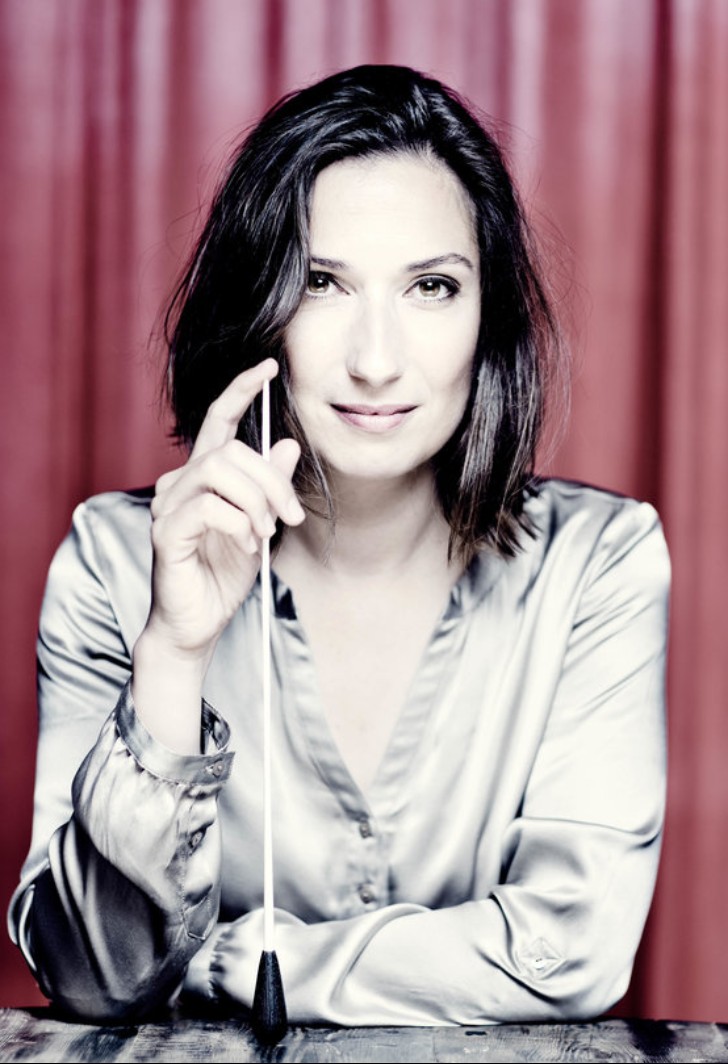 Versatility, musicality and technical precision, and above all a natural and passionate approach are trademark features of French conductor Ariane Matiakh. In recognition of her achievements in French musical life and representing French culture abroad, Ariane Matiakh was awarded the "Chevalier de l'Ordre des Arts et des Lettres" by the French ministry of culture in 2014.

The daughter of two opera singers, she grew up in an exceptionally musical environment and learnt to play the piano at an early age. Later, she studied orchestral conducting in Vienna, where she also sang in the renowned Arnold Schoenberg Choir under conductors including Nikolaus Harnoncourt and Adam Fischer. Particularly formative experiences during her comprehensive training include the time she spent studying with Leopold Hager and Seiji Ozawa.

Her first appointment conducting in an opera house was at the Opéra et Orchestre de Montpellier, where she worked closely together with James Conlon, Armin Jordan, Emmanuel Krivine and Alain Altinoglu, among others. Subsequent engagements brought her to the Komische Oper Berlin, the Royal Swedish Opera in Stockholm, and to Amsterdam, Gothenburg, Graz, Nice, Strasbourg and Halle. In 2009, she was nominated "Discovery of the Year" by the most important music prize in France, the "Révélation des Victoires de la musique".

In the 2020/21 season, she makes her debuts with orchestras including the Deutsches Symphonie-Orchester Berlin, the Bamberger Symphoniker, the Brucknerorchester Linz, the Sinfonieorchester Basel as well as — with Dusapin's "Penthésilea" — with the Orchestre de Paris. At the Hamburg Opera she conducts "Don Giovanni", a reinvitation brings her back to the Opéra du Rhin in Strasbourg with a new production of "Samson et Dalila".

Ariane Matiakh's versatility and the joy she experiences when making musical discoveries is also reflected in her discography. For the Capriccio label, she recorded the works of Johanna Doderer as well as a CD with music by Francis Poulenc and Jean Françaix; in 2018, she received a Grammy nomination for her Capriccio recording of both piano concertos by Zara Levina with the Berlin Radio Symphony Orchestra.