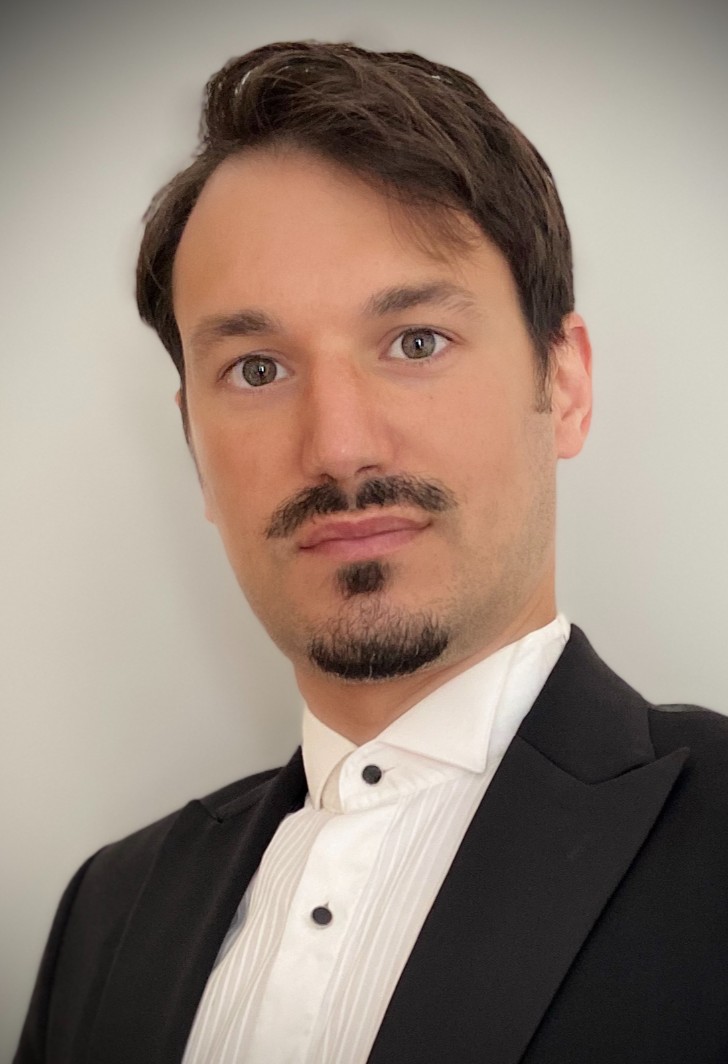 He is an Italian pianist who was born in 1988. He is currently living in Abu Dhabi where he holds the position of General Manager of the International Music Institute, a leading music school in the United Arab Emirates, founded in 1994 and with active collaborations with the Abu Dhabi Government.

In the past years his artistic activity has been divided between teaching, performing and managing cultural events such as concerts and competitions. He has been project coordinator of a program of cultural exchange between music students from UAE and Italy, in collaboration with the Conservatory of Florence (Italy), culminating with two symphonic concerts and masterclass in Italy and UAE.

Aldo holds two Master of Arts degree in piano performance obtained with distinction at the Institute of High Musical Studies "Boccherini" in Lucca (Italy) and at the "Szymanowsky" Academy in Katowice (Poland) and also a "Virtuosity Diploma", obtained at the Academia Internacional "Aquiles Delle Vigne" in Coimbra (Portugal). Among his former professors there are Giorgio Fazzi, Carlo Palese, Anna Gorecka, Aquiles Delle Vigne and Pietro Rigacci for analysis and composition. His concert experience includes appearances as a soloist with the Orchestra da Camera Fiorentina, Giovane Orchestra D'Abruzzo, Orchestra of the "Cherubini" Conservatory for venues in Europe and Middle East such as Palazzo Vecchio in Florence, New York University in Abu Dhabi, Chopin Hall in Seville (Spain), Sala Koncertova in Katowice (Poland), Spring Festival in Warsaw, Wiener Sala in Salzburg (Austria), San Carlo Theater (Lisbon), World Nomad Games in Kyrgyzstan. He is also active as a chamber musician, with collaborations with the soprano Katia Ricciarelli, the percussionist Jonathan Haas, musicians of the Orchestra del Teatro La Scala and Orchestra Nazionale Santa Cecilia.

Interested in musicology and history of music, Aldo wrote a book about the Polish composer Karol Szymanowski, which was published by ETS Edition and got good reviews by the specialized critic.