Cultural online projects will be presented on the resource "Culture Online"

The Russian Сulture Foundation in cooperation with Forum launches an educational digital project "Culture Online" — a portal on the cultural Internet innovations that brings the innovative online projects from various Russian regions to the broad public audience, that is to those who are interested in culture and art and who are engaged in this field.

At the start, the portal presents over 230 digital cultural projects: mobile applications, online performances, virtual exhibitions, broadcasting of concerts, podcasts, cultural blogs and a lot more. Most of the initiatives are presented by their authors themselves. In short interviews, they speak about making the projects amid the pandemic, share their practical experience using their own examples and give helpful pieces of advice to the colleagues.

The prerequisite for creating a specialized Internet resource was the "Culture Online" prize that was granted to the best creative online projects in 2020 and that for the first time was organized by St. Petersburg International Cultural Forum. Russian cultural institutions have nominated for the prize the digital projects that were actively created in the period of the most severe anti-coronavirus restrictions that have changed the traditional operational format of the cultural institutions.

The number of the bright, eventful and original digital projects submitted for the prize has resulted in the organizers' idea to gather them all at one site and to promote among the people who are interested in culture, as well as to constantly enlarge the collection by finding and identifying the new initiatives in the Internet.

The project key goal is to show and make available to the wide interested audience the most recent cultural initiatives in the online environment, thus facilitating culture digitalization and the development of creative industries as a new promising economic area.

Yuri Bashmet, the conductor, the tutor, the public figure, was among the first to support the idea of creating the educational digital project, and in 2020, his project "Victory Day" Song Performance by the Combined Ensemble Consisting of 1,000 Young Musicians" that was created in collaboration with the Russian Сulture Foundation and the Russian Concert Agency won a special jury award of the "Culture Online" prize.

"A difficult situation that occurred last year all over the world in connection with the pandemic has prompted all of us to look for the outstanding solutions. It is excellent that St. Petersburg International Cultural Forum which I really enjoy cooperating with for several years, came forward with the initiative to hold the special prize awarding ceremony "Culture Online". We have all been searching for the different ways how to preserve communication among the musicians in the context of restrictions, how to keep in touch with the audience that was unable to go to the concert halls and theaters. It opened the opportunities for the new creative digital projects which were enthusiastically made both by well-known and young cultural figures. The "Culture Online" portal created by the Russian Сulture Foundation in cooperation with the Cultural Forum has brought all these achievements together at one site. And not only the prize winners but also a great number of other, not less interesting projects. This is an important step — to gather, show the best examples, and inspire the new project makers.

For me, my project with performance of the "Victory Day" song was very important and had emotional value to me personally. The fact that we managed to bring together almost 1,000 performers from various cities of our country who answered our initiative, and that the vast number of technicians helped us to bring this project to life means that this is a really valuable event for all of us. Both for people who participated in preparation and were directly involved in performance of the song on May 9, and for those who could see it later in the Internet. According to our estimates, just on May 9 the song "Victory Day" was viewed by over 1.5 million people.

Our time prompts us to search for the new non-trivial solutions. It is always interesting for me to find a way to utilize the opportunities provided to us by the cyberspace in an interesting and new way. It is great that we find the allies in this matter — our friends, longstanding partners who treat it with the same attantion and interest as we do", — said maestro Bashmet.

Creation of the specialized portal was also supported by Vladimir Gusev, the General Director of the Russian Museum that presented at once several of its large-scale online projects on "Culture Online" website.

"The Russian Museum supports the "Culture Online" project that bring together the best digital projects in the sphere of culture. Such projects include, among others, the projects of the Russian Museum, namely the online course on contemporary Russian art, AR-application "The Last Days of Pompeii", the Russian Museum excursion made in cooperation with the Stay Home with Russian Seasons project, and many others. Each online visit makes it possible for the users to discover new information about the museum complex the collection of which represents the millennial history of Russia and Russian art. In 2020, the online audience of the Russian Museum increased up to 20 million people, and the Museum official website was visited by more than 4 million people. The online program cycles have been developed for the live streaming on the Museum website and in social networks that gain dozens and even hundreds of thousands of unique views. It is only for the period of the forced closure of the Museum that the number of the views of our projects posted on the Museum social web pages amounted to 46,600,000", — noted Vladimir Gusev.

The founder of the Music Art Support and Development Fund, the People's artist of Russia Igor Butman highly appreciated the initiative of the Russian Сulture Foundation in cooperation with St. Petersburg International Cultural Forum. As noted by the musician, the variety of projects presented on the website will not only open the worthy cultural initiatives for the audience but will also inspire it to create its own bright projects. The Igor Butman Fund has also presented its own project — music contest #stayhomejazzchallenge on the website "Culture Online".

"The Russian Сulture Foundation has set a complicated and challenging task — to bring all cultural online projects on one site. It is very important to make the best practices available for permanent viewing, educate, share experience and advice which will facilitate the development of many new Internet projects and thereby will make culture more accessible.

Our contest #stayhomejazzchallenge, that was followed by making the concert #JAZZDAYATHOME, is one of the vivid examples of how important it is to get together and to jointly create the high-quality and interesting content promoting jazz art in the cyberspace, and we hope that this experience will inspire other musicians as well to work at making similar projects", — shared Igor Butman.

Subsequently, the base of the projects posted on the website "Culture Online" will be regularly replenished: anyone may tell about an interesting online project in the sphere of culture by filling in a short form on the website.

"Culture Online" is an educational digital project of the Russian Сulture Foundation on cultural initiatives in the Internet made in cooperation with St. Petersburg International Cultural Forum.

The "Culture Online" portal provides the audience with the insight into the innovative cultural Internet projects by bringing them together on the single resource. The project key goal is to show and make available to the wide interested audience the most recent cultural initiatives in the online environment, thus facilitating the process of culture digitalization by spurring creative processes, and the development of creative industries as a new promising economic area. Each year, the projects may be nominated for the "Culture Online" prize that is awarded as part of St. Petersburg International Cultural Forum.

19:30 — 21:00
Discussion
Modern Technologies That Are Changing the Fashion Industry 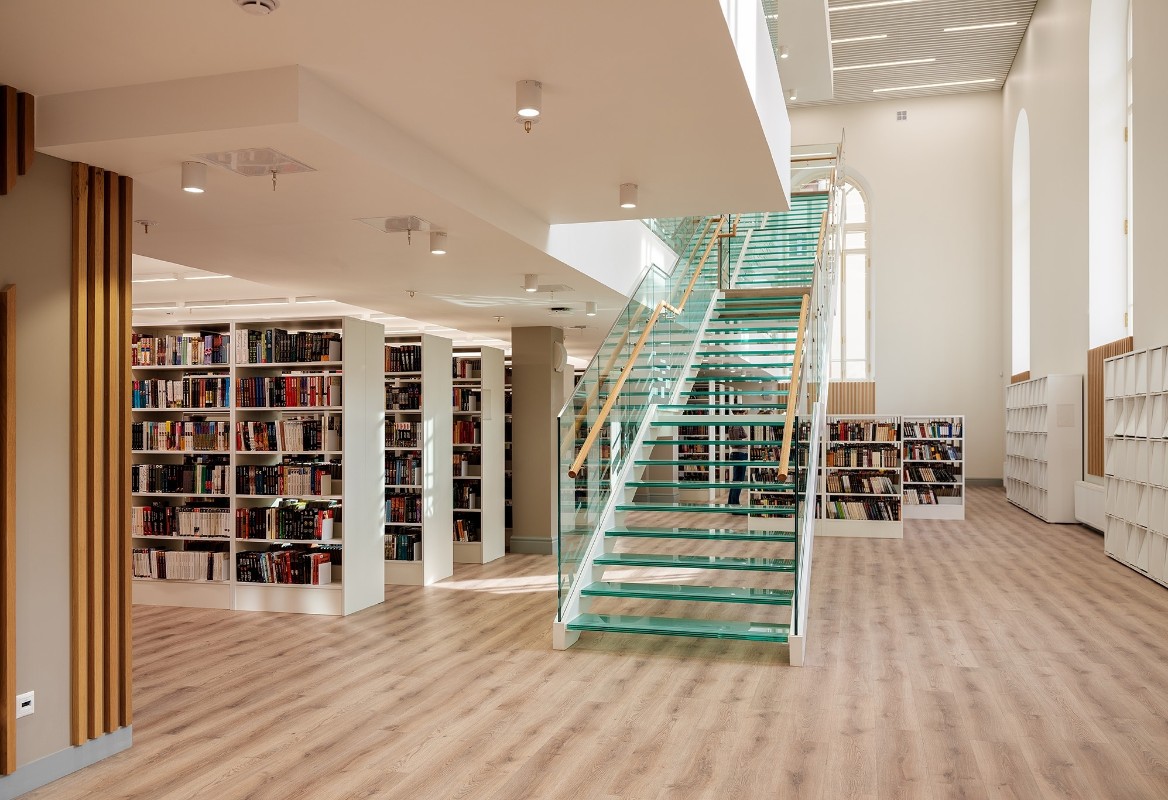 Open Lectures "Culture 2.0" to Be Staged on November 11-13 in St. Petersburg A series of discussions will be held at Mayakovsky Library and will be broadcast online. 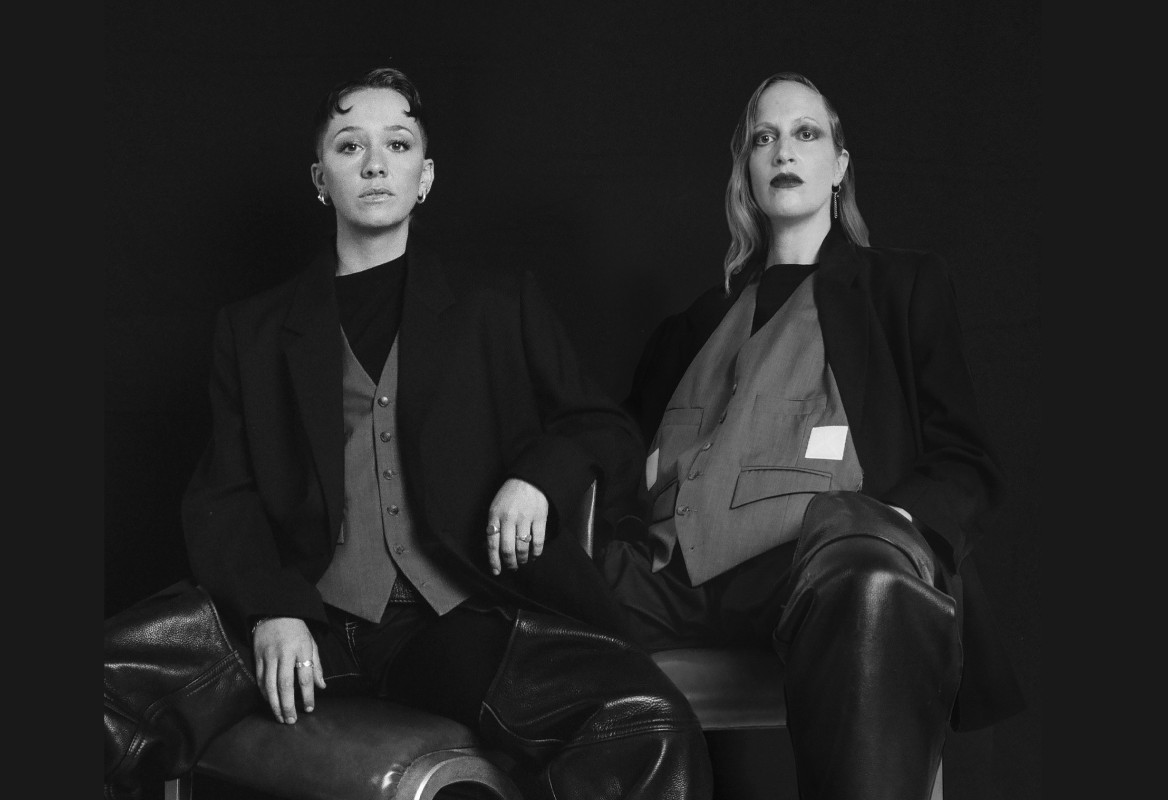 Who Creates Virtual Clothes and Who Wears Them? Technologies in the Fashion Industry Will Be Discussed at the Forum Experts from the UK, Denmark, and Russia will talk about 3D models, virtual fitting rooms, and digital collections of fashion brands.